Virgin Mary statue in Bellmore gets decapitated, search is on for culprit(s) 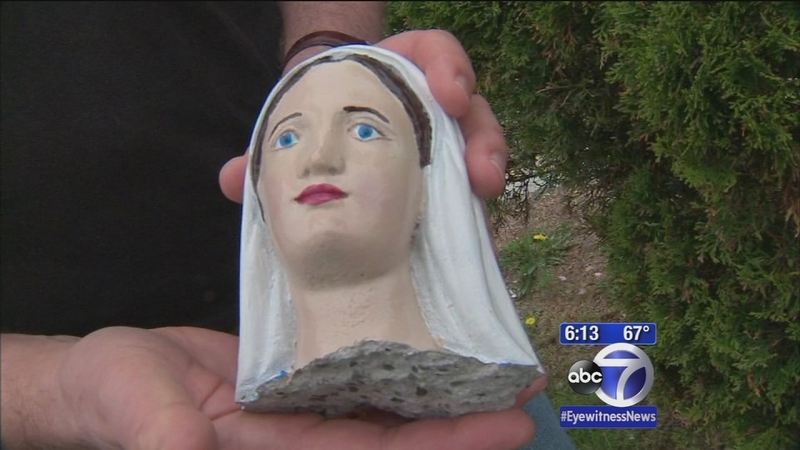 
The Virgin Mary statue in front of the Knights of Columbus' property weighs at least 500 pounds that's why Knights' members think it took more than one person to decapitate the statue.

But the question is who did it?

Neither those with the Knights of Columbus nor the police know.

"Whether they hit it intentionally this way or if it broke off by hitting the top of this dome we don't know," said Ken Geiger, Knights of Columbus member.

This is the second time in 9 months the statue on Bellmore avenue has been desecrated.

The latest statue was the new one -- donated, shipped from Italy and painted by a member's son.

"We're going to fix it up but it's going to happen again and that's wrong so we really have to find out who's doing this," said Geiger.

It's become a problem.

Recently someone also vandalized another statue on the Knights property. And last December somebody desecrated a nativity scene set up by the Knights. Member Robert Saylor believes it's bored kids.

"Go paintballing if you want to act out. Join the army if you're old enough but don't go against religion," Saylor said.

The Knights are now thinking about putting in surveillance cameras.

For right now the Knights say they're going to leave the statue like this as a symbol to the community of what they're going through. And they hope maybe if someone who knows who did it sees it like this -- they'll call police