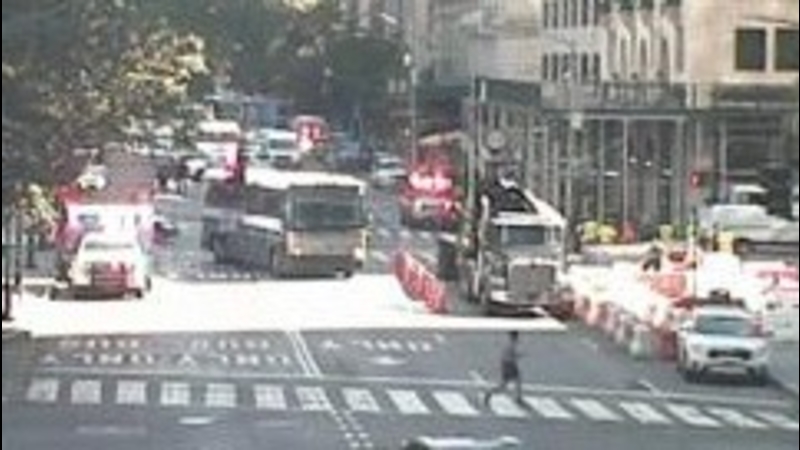 Bicyclist fatally struck by MTA bus on Upper East Side

UPPER EAST SIDE, Manhattan (WABC) -- A bicyclist was fatally struck by an MTA bus on the Upper East Side Tuesday morning.

It happened around 9 a.m. at Fifth Avenue and East 59th Street, where the MTA says the woman made contact with the right rear of a BxM10 bus.

The 50-year-old driver of the bus remained at the scene.

The preliminary investigation revealed that both the bicyclist and the bus driver were traveling southbound on Fifth Avenue when they collided.