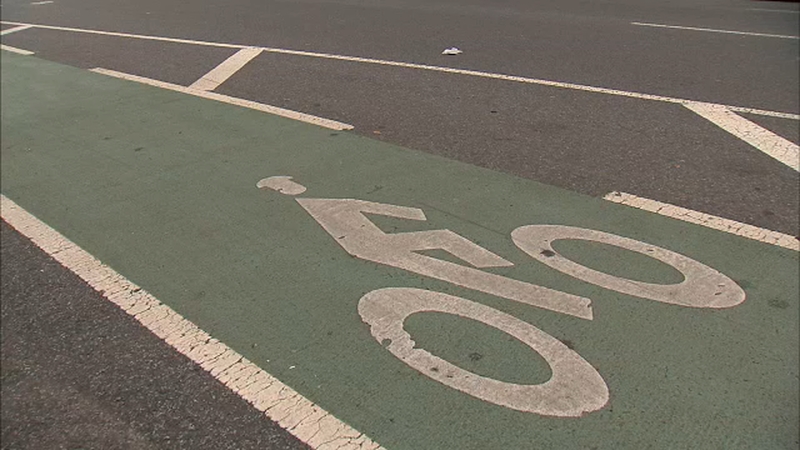 "Vision Zero means making sure people on bikes in every neighborhood feel safe, whether they're in Boerum Hill, Bath Beach or Bushwick," de Blasio said. "We've installed 100 miles of protected bike lanes, more than any administration in history, and are not stopping there. With our green wave plan, we're doubling down on our commitment to end senseless traffic fatalities."

Officials also announced a new lowered speed limit along Linden Boulevard, a Vision Zero priority corridor that has seen 14 fatalities since 2013. The DOT also announced that after the successful pilot of "green wave" signal timing in the Boerum Hill neighborhood, the treatment would be expanded to other popular bike routes.

The new bike lanes unveiled on Fountain Avenue between Pitkin and Seaview avenues mark the 100th mile of protected bike lanes constructed during the de Blasio Administration. There are now 126 miles of on-street protected lanes in New York City overall.

The new protected lanes bisect East New York, stretching from near the A train station at Euclid Avenue to the new entrance to the Jamaica Bay Greenway and Shirley Chisholm State Park.

The Fountain Avenue protected lanes are within Brooklyn Community Board 5, which is among 10 Bicycle Priority Districts citywide targeted by DOT. These districts have a limited amount of cycling infrastructure while seeing a disproportionate number of cyclists killed or seriously injured.

For more information on the Vision Zero initiative, visit NYC.gov/visionzero.