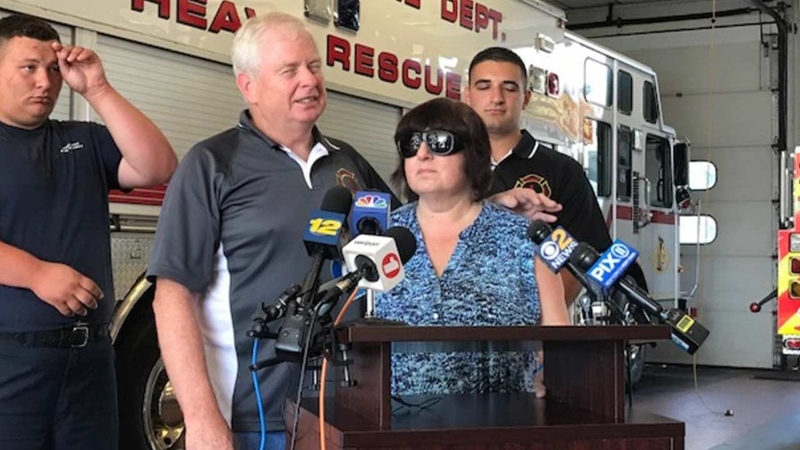 HAUPPAUGE, Suffolk County (WABC) -- A volunteer firefighter on Long Island is being credited with saving not just one life, but two at once.

Hauppauge volunteer firefighter Larry Kunzig performed CPR on a pregnant woman who had gotten out of a car and collapsed on his front lawn Monday night.

"I'm so glad that she's doing ok with the baby," Kunzig said Tuesday.

Kunzig was playing with his grandchildren in his backyard when his wife, Grace, called out to him that a woman appeared to have had a medical episode in front of their house.

Kunzig, who has been with the fire department for 45 years, ran out to help.

He said the woman had almost no pulse and was unresponsive. Kunzig began administering CPR until other rescue crews arrived.

The 47-year-old woman was taken to Stony Brook University Hospital and underwent an emergency C-section.

"We had the best people saving her," Kunzig said of the response effort.

Neighbor Cindy Gallo said the woman was lucky to have had everything happen right in front of Kunzig's house. He's known as the neighborhood helper.

It was just eight months ago that volunteer firefighters with the Hauppauge Fire Department saved Kunzig's wife. She had suffered a major cardiac event at her son's house and was revived as well by responding firefighters.

"It was like we're paying it forward to everybody," she said.