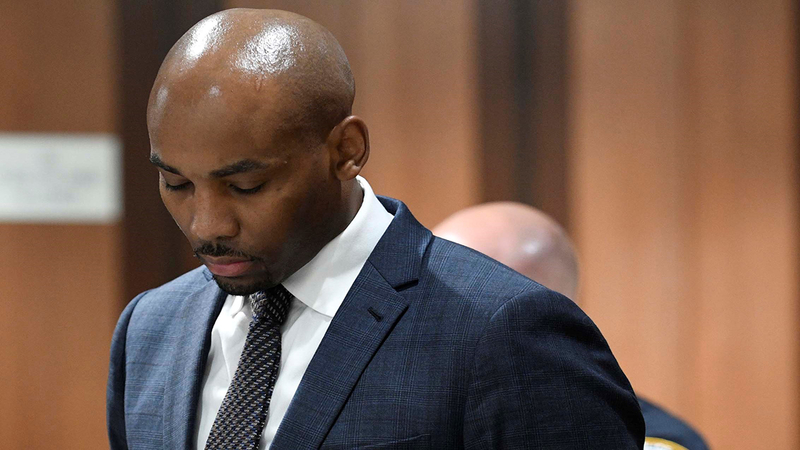 ASTORIA, Queens (WABC) -- Police have arrested a college basketball coach following a deadly punch on the streets of Queens.

He was arraigned on third-degree assault charges..

Detectives say Szabo had just left a family wedding and was searching for his Uber driver outside a hotel, intoxicated and banging on cars before pounding on the window of Jones' SUV.

With that, prosecutors say Jones got out and knocked Szabo unconscious.

The medical examiner ruled his cause of death as blunt impact injury of the head with brain injury. His death has been ruled a homicide.

Jones was released on his own recognizance and did not have to post bail. He is due back in court on October 2nd.

Szabo worked as a digital marketing executive. His sudden, senseless death has left his friends and co-workers stunned.

Szabo was "super outgoing, friendly, and an incredibly smart businessman," his company, What If Media Group, said.

"He was always upbeat, positive, kind and caring," the company said in a Facebook post. "He was fun to be with, interesting, and always interested. He was a really good person."

Szabo, who lived in Boca Raton with his brother, always had a bright smile and shared a love of fishing, cooking and family, the company said.

"His beautiful spirit and his love of life will remain with us," the company said. "We are going to miss him dearly."

"Wellman spoke with Jones today and he agreed that the decision is appropriate at this time given the circumstances. Wake Forest University expresses heartfelt condolences to Sandor Szabo's family and friends following his tragic death," the statement read.

Jones, a Philadelphia native, joined the Demon Deacons staff in May 2017 after coaching at Central Florida, Virginia Commonwealth and Florida Gulf Coast and playing at Arkansas Tech and North Platte Community College in Nebraska.

Head coach Danny Manning said at the time that Jones was a "well-respected bright mind" in the coaching world and brought "new blood" and "new perspectives" to Wake Forest.