Retaining wall collapses behind apartment building in the Bronx 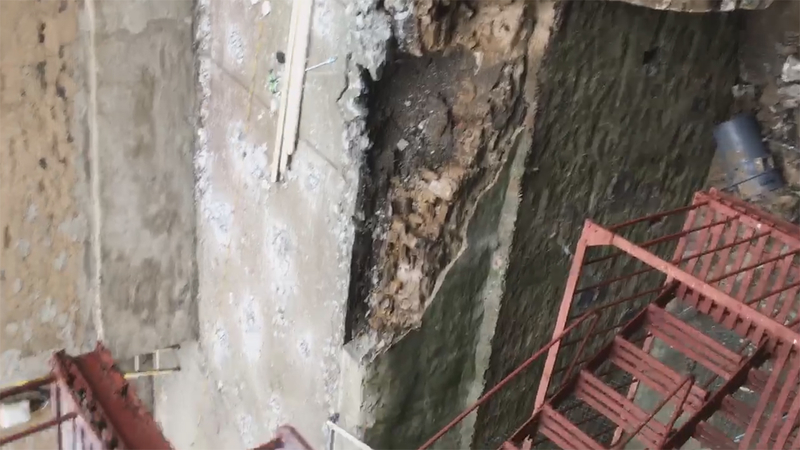 Retaining wall collapses behind apartment building in the Bronx

The initial call was received at 11:50 a.m. The wall, about 30 feet high and 60 feet wide, is behind a six-story building on Bailey Avenue at 231st Avenue in the Kingsbridge section.

"That building collapsed into the rear of 3138 Bailey Avenue, actually some of the concrete and debris came through a couple of windows in the basement of the building here behind me," said FDNY Deputy Assistant Chief Michael Gala.

Gala said there were initial reports that three construction workers had been doing some kind of work in the area.

Some residents were evacuated from lower floor apartments as a precaution because their fire escapes were not accessible. Residents who live on the first floor were told they could not stay there Sunday night. It is not yet known if they can return Monday night.

The FDNY says no one was injured, and police went door to door to make sure everyone is accounted for.

The FDNY and the Department of Buildings responded to the scene.

Those who were displaced were put on buses until the building is deemed safe enough for them to return.