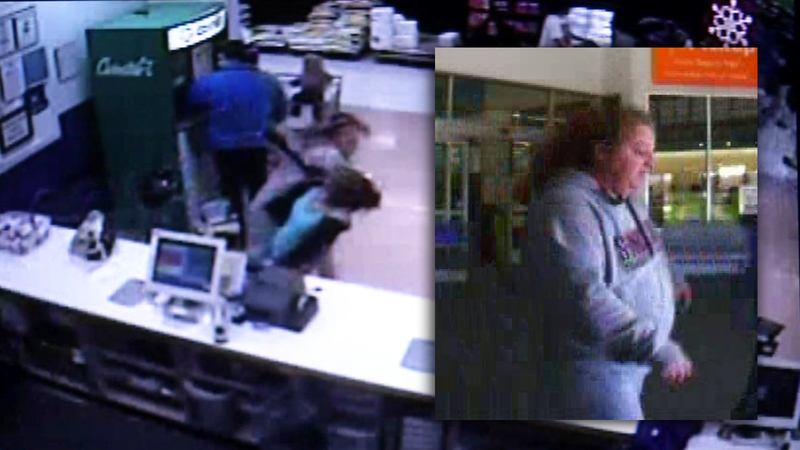 GREENVILLE, Ohio -- Police are looking for the woman who viciously attacked a customer at Walmart in Greenville, Ohio.

Deanne Kenworthy told ABC affiliate WKEF-TV she had just finished filling out a form when the clerk called her to the counter. Another woman in line then became angry because she thought Kenworthy had cut her in line.

"I said, 'Sorry, I don't have time for this,' so she grabs the back of my hair and throws me, I mean literally throws me like a sack of potatoes," Kenworthy said. "When I landed I hit my back and my elbow and busted my head and then when I tried to get back up she kicked me back down."

Walmart employees dialed 911 and then helped break up the fight. They then escorted the woman outside the store, but she took off before police arrived.

Police are now looking for the suspect using surveillance video of the fight.

And here's the unedited surveillance video:


"There was no reason for her to do it," Greenville Police Officer Morrisa Reed told WKEF-TV. "She just did it because she thought the woman cut in line."

"Fighting over a line is like a 10-year-old fighting in a lunch line," Kenworthy said. "We are adults here."