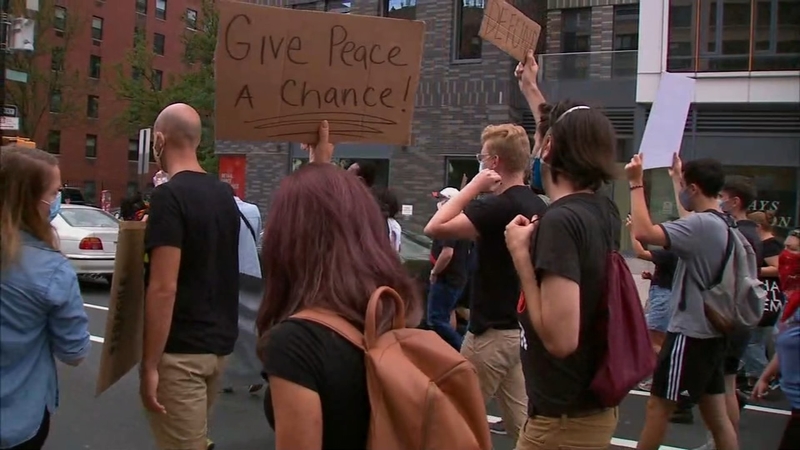 NEW YORK CITY (WABC) -- Demonstrators took to the streets for a fourth straight day to protest the grand jury decision not to indict any police officers on charges directly relating to the shooting death of Breonna Taylor.

A group marched on Saturday afternoon in Harlem.

That particular protest was organized by a city council candidate, who says he wants the Black Lives Matter movement to spark more changes through actual legislation.

The group says they have other protests planned for the week.

On Friday, protesters gathered outside the Barclays Center for a rally.

Her name echoed throughout Greenpoint, with organizers making it clear this protest was not about abolishing or defunding police.
"We are out here for the injustices to Breonna. We are not out here for abolishing anything," one protester said. "We need people to understand, we are peacefully upset. We are pissed. And the reason why we are out on these streets is to let people know that the verdict they came to, that the conclusion that they came to is unacceptable!"