WABC
NEW YORK (WABC) -- Alternate-side parking regulations were back in effect in New York City for the first time in more than two weeks Tuesday, leaving drivers who haven't touched their cars in quite some time to dig out from an icy mess before officers arrived to write them tickets.

For New Yorkers, the rules are like an annoying game of chess, especially in the winter. Tuesday marked the first time in 18 days that people have had to move their cars for street cleaning and snow removal.

And it wasn't easy to break cars out of their icy holding cells, but it's necessary.

On the Upper West Side, people were strategically waiting to move their cars, as it's been a difficult time to have a car in the city due to all the ice and snow. Even drivers who were able to clear the space were greeted with spinning tires as they tried to actually exit their spots.

Lauren Napach was sitting patiently in her car, waiting to move for the street sweeper and for crews to finish their work so she could hold onto her spot, because then she is good until Friday. But others who collected tickets behind her weren't as well prepared.
as for the cars who got tickets behind her, well?

Still, crews are trying their best to clear as much away as possible before the next snow hits.

The latest winter storm brought a combination of snow, freezing rain and ice, which created slick conditions on New York-area roads and sidewalks. 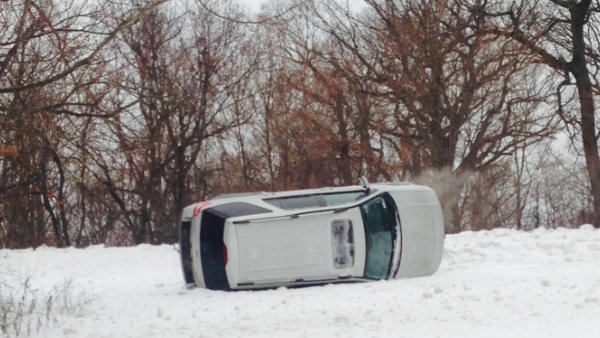 PHOTOS: Icy conditions make for dangerous travel
Snowy and icy conditions make for dangerous traveling across the New York area on Monday, February 9, 2015.
In New York City, the Department of Sanitation issued a snow alert and deployed 500 salt spreaders on city streets to keep them clear for drivers. The Department of Transportation sent anti-icing units to each of the East River bridges. 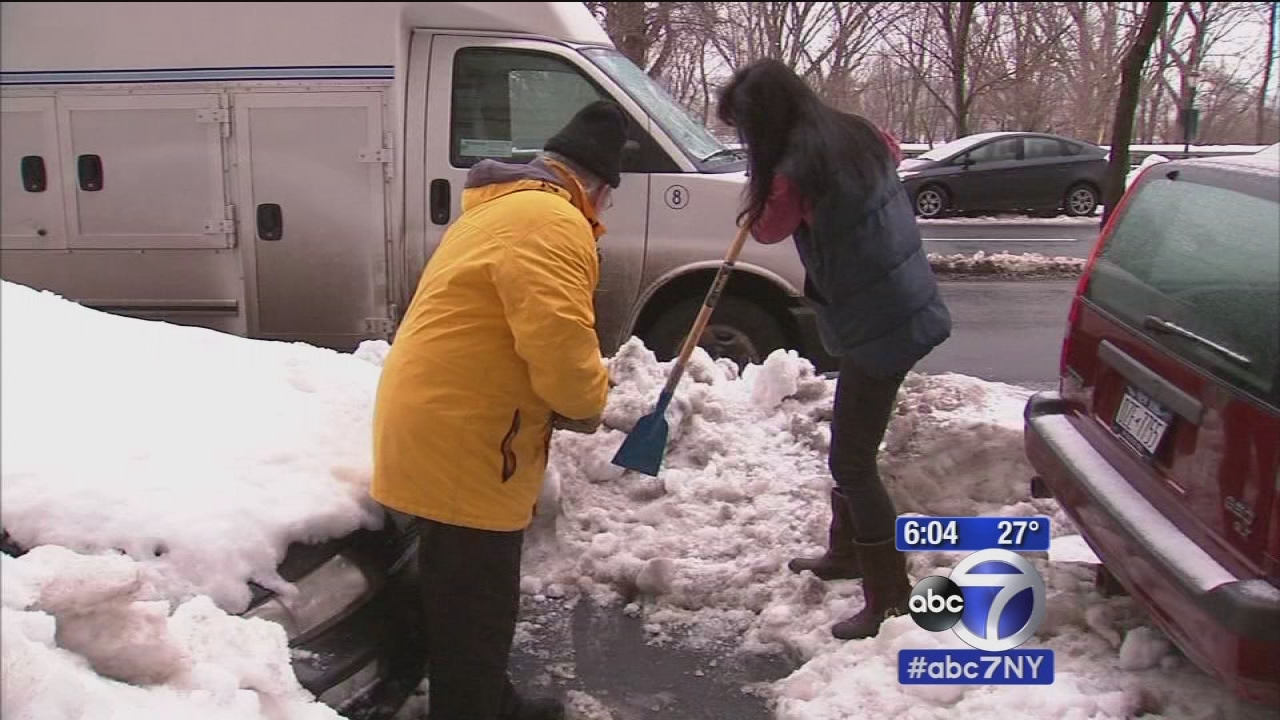 Alternate side of the street parking set to resume Tuesday
Lucy Yang reports from Morningside Heights.
Untreated surfaces can become slippery, with snow accumulations are expected to be up to one inch with around a tenth of an inch of ice.

Another problem facing city residents is all the trash. The soldiers who salt and plow our streets are the same sanitation workers who pick up the garbage. And they can't do both at the same time. The translation? All the recent suspensions in garbage removal means piles of it are growing, and sidewalks are getting crowded.

Thankfully, the Department of Sanitation says workers went back to regular pick up Monday for the first time in several weeks.