Corpse flowers blooming around the country are strangely synchronized 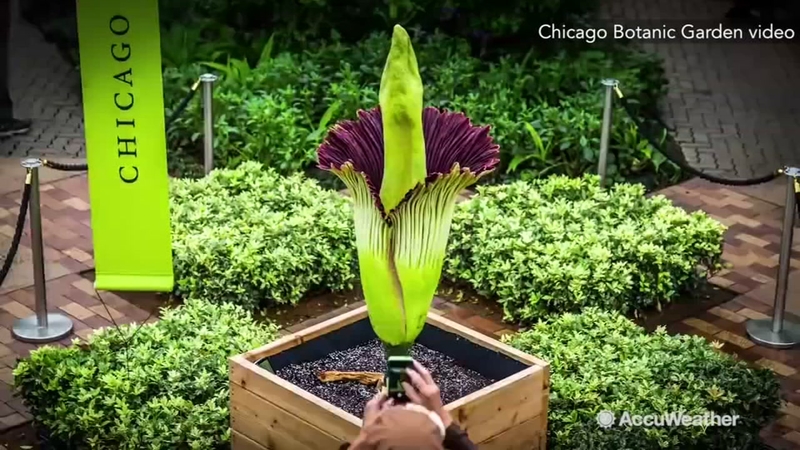 Corpse flower blooms around the country are strangely synchronized

The corpse flower already sounds creepy, but people across the country are even more creeped out because these rare blossoms are all blooming at the same time.

The flower, which is actually an entire stalk of flowers, got its name due to it emitting a foul odor resembling the smell of a rotting dead animal as it blooms. The corpse flower blooms about once every 7 years, and only for about one or two days before collapsing and restarting its cycle, according to the Botanical Garden at the University of California at Berkley.

There have been only 157 recorded blooms ever since 1889, reported Accuweather, but corpse flower blooms have been reported in Florida, Indiana, Missouri, New York, and Washington D.C. Some scientists speculate that the blooming flowers may be genetically related, putting them on similar schedules.
Related topics:
weatherdistractionaccuweatherflower showbuzzworthynaturewatercoolerscience
Copyright © 2021 WABC-TV. All Rights Reserved.
More Videos
From CNN Newsource affiliates
TOP STORIES