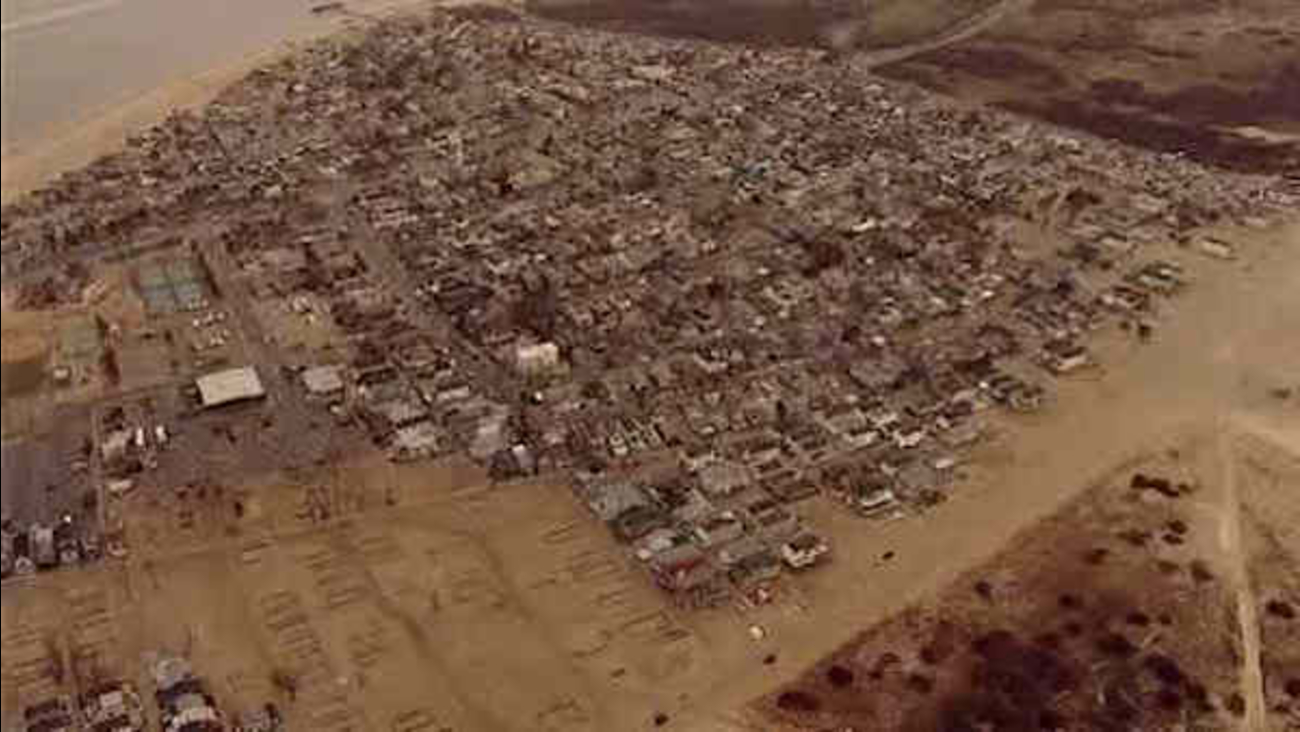 The Federal Emergency Management Agency has asked at least a dozen people in a Belle Harbor assisted living center to pay back thousands of dollars in disaster aid.

The agency says the funds were supposed to be used for temporary housing.

Instead, the state put those residents up in emergency shelters.

A legal aid group is helping them appeal FEMA's ruling.

Robert Rosenberg, 61, was among the Belle Harbor Manor residents who recently got notices from FEMA informing them that they had retroactively been declared ineligible for aid checks they received two years ago in the storm's immediate aftermath.

The problem, the letters said, was that the money was supposed to have been spent on temporary housing, but that never happened because the residents were moved from one state-funded shelter to another.

"We're on a fixed income. I don't have that kind of money!" said Rosenberg, who suffers from a spinal disability and other chronic health problems. He said he spent the aid money long ago on food and clothing, both of which were in short supply after the storm.

The demand letters are part of a broader FEMA effort to recover millions of dollars in aid payments that went to ineligible households, either because of errors, a misunderstanding of the rules or outright fraud.

The Associated Press reported in September that FEMA was scrutinizing 4,500 households it suspected had received improper payments. At that time, 850 had been asked to return a collective $5.8 million. The other cases were still under review.

The AP on Tuesday asked for updated numbers on the number of storm victims who had been asked to return money, but FEMA didn't immediately provide them.

Data obtained through a previous public records request, however, showed that as of July 30, the agency was considering a recoupment action against 35 residents of assisted living facilities in the same part of Queens that is home to Belle Harbor Manor. Collectively, those residents had received $108,598, with most of that money intended to cover temporary housing. Five residents had also received aid to cover destroyed belongings.

After being evacuated during Sandy, the Belle Harbor Manor residents were first taken to an evacuation center at a Brooklyn armory, then briefly slept four to a room at a hotel in a crime-plagued neighborhood.

The state then moved the residents, many of whom suffer from mild mental illnesses, to a halfway house on the grounds of a partly-abandoned psychiatric hospital in Queens, where they bunked on cots and were barred from having visitors in their rooms.

Rosenberg said the FEMA workers who urged him to apply for assistance during the period when residents were staying at the armory never explained that the money could only be used for housing.

"Everyone asked, 'Do we have to pay this back later on? Is it a loan?' They said, 'No. It's a gift from Obama,'" he said. "If I wasn't eligible, then why give it to me in the first place? They knew we were living in an adult home. They knew our shelter was being paid for by the state. It's not like we lied on the application."

At the time, it wasn't clear how long they would be in the shelter, or where they would go next.

FEMA spokeswoman Rafael Lemaitre said the agency was required by law to recoup improper payments but did not directly address the residents' situation.

"FEMA remains committed to working with applicants and ensuring they have an understanding of the options available to resolve their debt, which includes making a payment, filling an appeal, requesting a compromise and establishing a payment plan," he said.


(Some information in this story is from the Associated Press.)