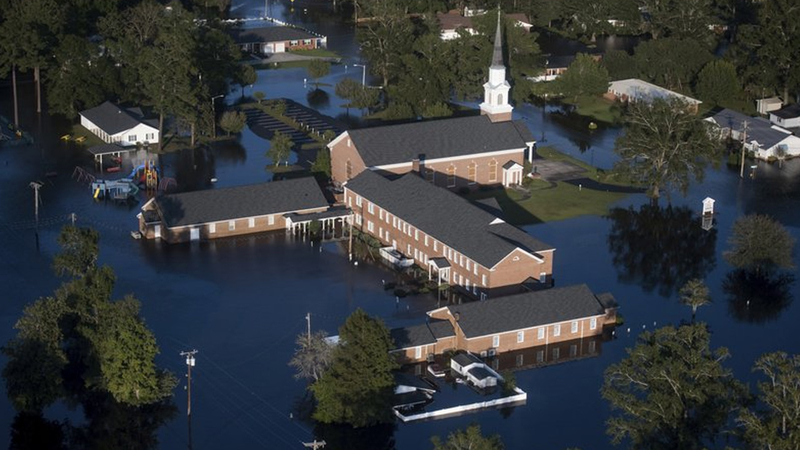 WILMINGTON, North Carolina -- Stranded by Florence's epic floods days after the hurricane hit North Carolina, Wilmington residents lined up by the hundreds Tuesday for free food, water and tarps, while officials managed to open a second route into the surrounded city. 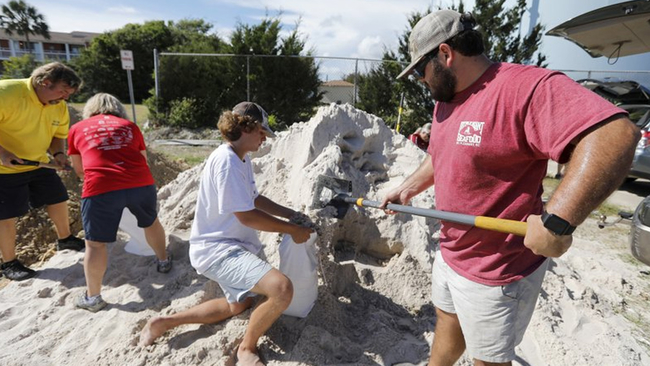