Local news station to students: Stop trying to get a snow day by pretending to be your school on Twitter 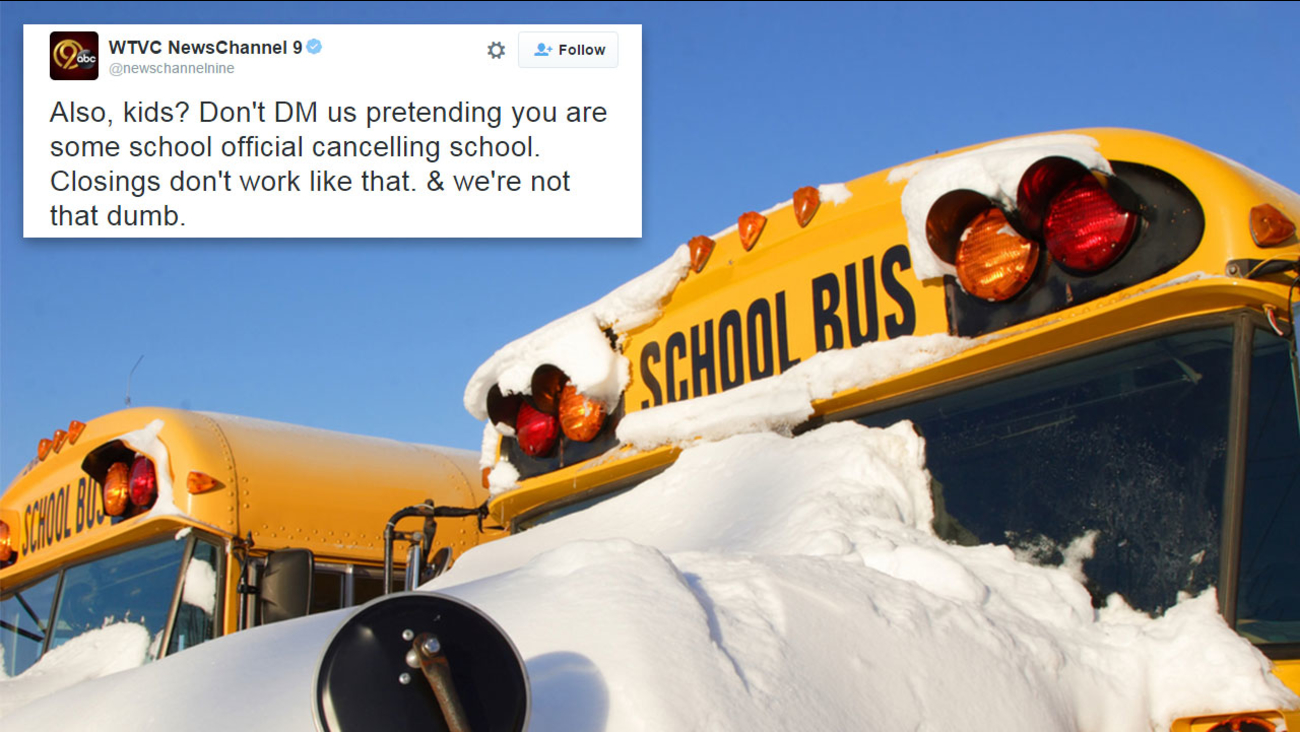 A snow-covered school bus is shown underneath a news stations' tweet to a snow day prankster. (Shutterstock|newschannelnine/Twitter)

Kids are getting creative these days when it comes to trying to get out of school, and at least one student took to Twitter to try to create a fake a snow day.

Despite the high snowfall predictions as the East Coast prepares for a major winter storm, students in Chattanooga, Tennessee, did not want to leave their snow days up to chance. After receiving a tweet from a student pretending to be her school district calling off classes, ABC affiliate WTVC NewsChannel9 decided to publicly call out the prankster.

Also, kids? Don't DM us pretending you are some school official cancelling school. Closings don't work like that. & we're not that dumb.

WTVC clarified that, rather than taking the effort to create a fake account belonging to a "school official," the prankster simply tweeted from her own account hoping it would work.

@IllflexMyears no, it's funnier than that - the kid just posed as a school official using her own account & avi. #chutzpah

The station also revealed that some schools stick to even more old-fashioned methods of communicating their closings, so old, in fact, the students probably wouldn't know how to work them.

And, despite WTVC's best efforts, those pesky kids kept it up.

.@newschannelnine Hi I'm a 100% qualified weather person and I wanna let you know that America is cancelled because of snow thank you

While Chattanooga students might have to show up Friday morning, most students in the area won't have to worry about faking school days to get out early. The area's school closings list has several early dismissals, including more than a dozen school districts. At least they'll have WTVC's amusing tweets to keep them occupied.

.@joshacagan we're still waiting for 3 kids in a trenchcoat claiming to be the superintendent to show up.