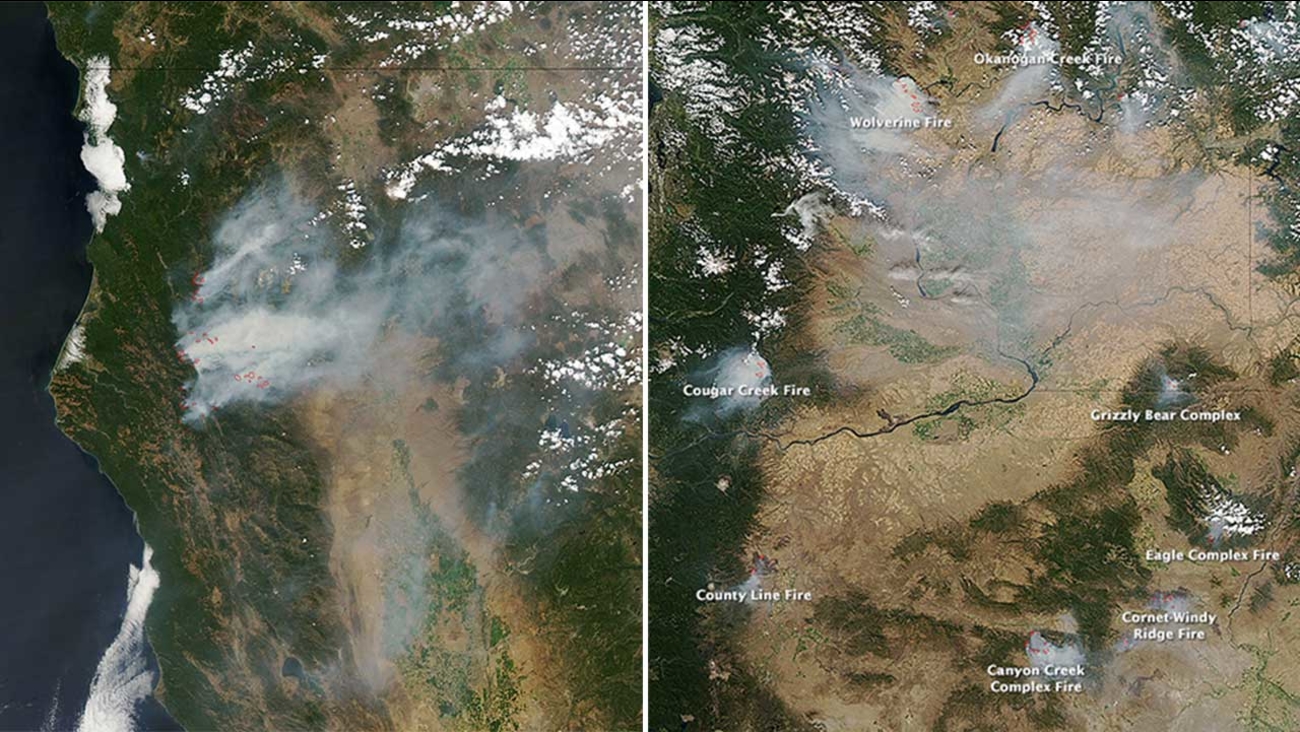 NASA shared images collected by a satellite of the wildfires in the western part of the country over several days. (NASA/LANCE/EOSDIS Rapid Response)

As wildfires continue to burn dozens of homes and force thousands of evacuations around the Pacific Northwest, NASA has released images illustrating the massive plumes of smoke and charred Earth that can be seen from space. 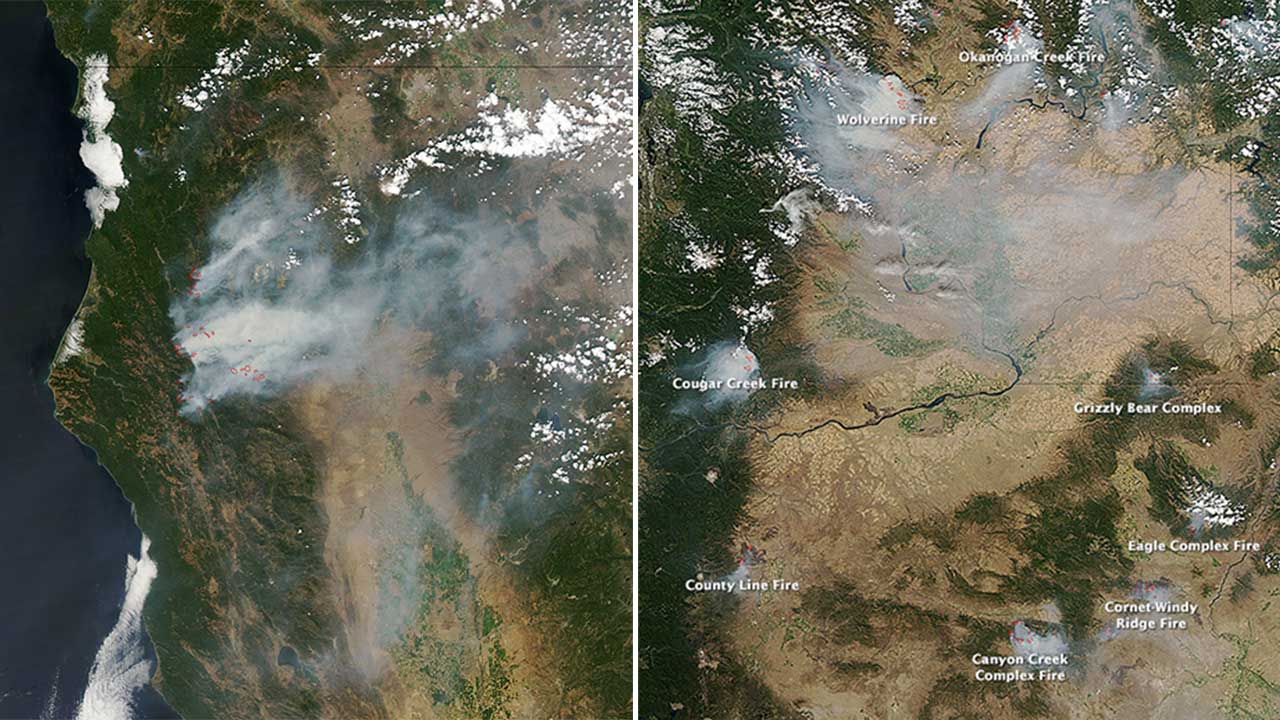 NASA satellite captures thick plumes of smoke from wildfires
NASA released images that show the spread of several wildfires across the western part of the country.

Wildfires have burned around 7 million acres, according to NASA, which is 2 million more than the 10-year average at this point in the season. While many of the fires were in remote parts of Alaska, NASA satellite images show large fires in parts of Oregon, Washington, and northern California. The Fork Complex, Mad River Complex, and River Complex fires burned up a combined 37,000 acres in California and the Stouts fire in Oregon had charred another 20,000 acres by early August, according to NASA.

The Interagency Fire Center called on the military for help Monday for the first time since 2006.

Kjell Lindgren, an astronaut aboard the International Space Station, posted a photo of the smoke and said he was thinking of those affected.

Thoughts and prayers are with those affected by the wildfires in the Northwest. pic.twitter.com/q6yqb697bN

NASA said that the unusually dry summer may be part of a pattern. Though many of the fires were set on by lightning strikes, the dry weather proved to be prime conditions for wildfires.

"A recently published analysis of 35 years of meteorological data found that many parts of the West face longer wildfire seasons than they did a few decades ago, likely because of climate change," NASA said on its website. 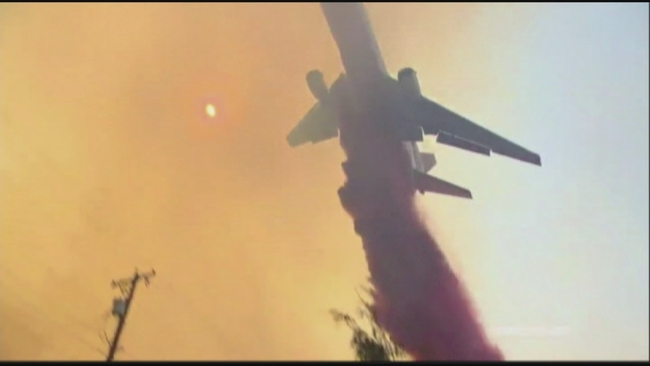