What is upwelling? Why some beaches have clear water and others are murkier

WABC
Some beaches have crystal clear water while others are murky and gray. While you might think pollution turns clear water murky, there's usually a different explanation, according to AccuWeather.

Oceans move east to west as the Earth spins because of its rotation, creating a phenomenon known as upwelling. That's when the warmer surface temperatures of the ocean move further out to sea and are replaced with deeper, colder and more sediment-rich waters.

The Pacific Ocean is huge and turns a lot of water brownish-gray as a result of upwelling. In the Bahamas, meanwhile, coral reefs act as a barrier to break the force of upwellings.

There are areas in the Pacific that still have clear water and heavy waves, but that's because of what's in the water. Cloudier, gray water is more nutrient-rich than clear, sparkling water. Murky water is home to a lot of marine life like jellyfish, too.

Sediment plays a big factor in water color. Smaller, more fine sand particles can make water murkier since they are easily agitated. In clear water, sediments may be coarser and tougher to stir up since they are heavier and made of shell pieces and dead coral chunks.
Report a correction or typo
Related topics:
weatherbeachessummeraccuweatherocean beachoceansu.s. & worldscience
Copyright © 2021 WABC-TV. All Rights Reserved.
BEACHES 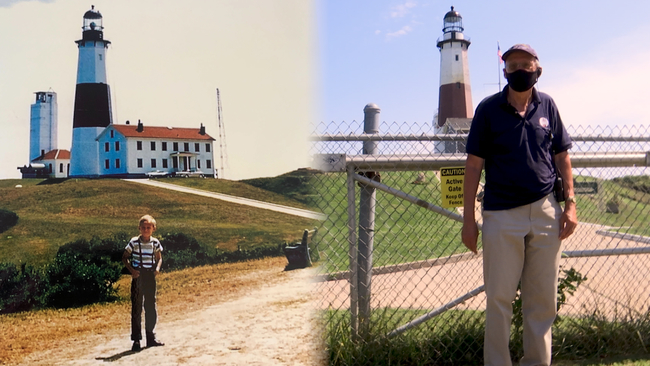