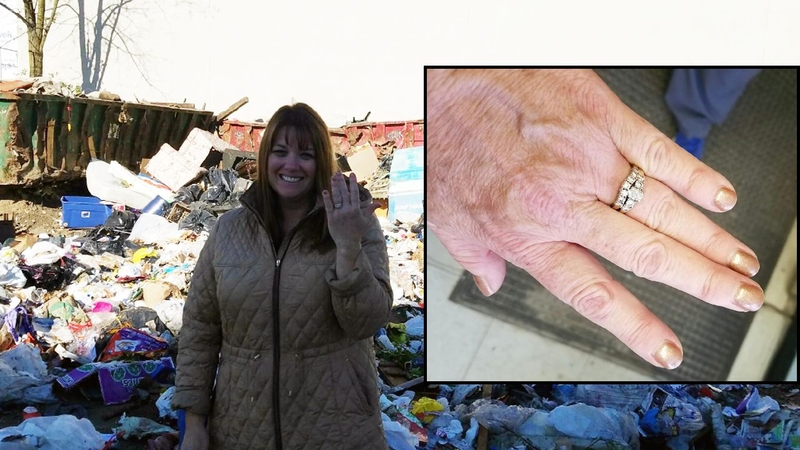 NORTH BABYLON, Long Island (WABC) -- A woman on Long Island went to great lengths to get her wedding rings back, after she accidentally tossed them in the trash.