Wendy Louise Baker, 16, went missing back from Coatesville in 1991
AP 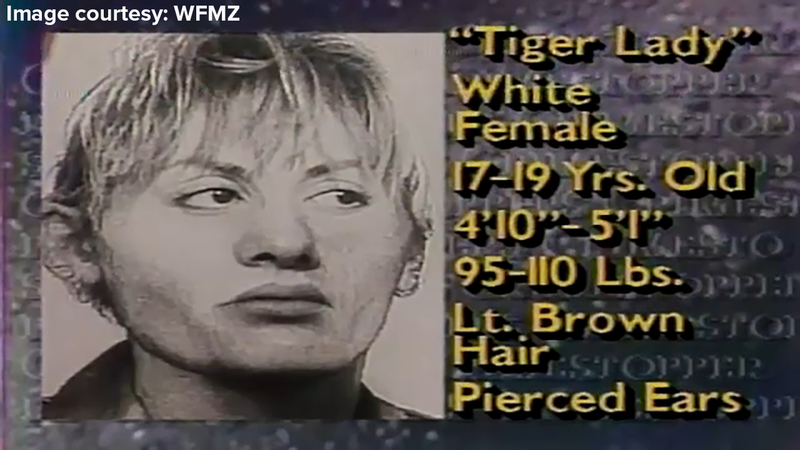 WARREN COUNTY, New Jersey -- Authorities used DNA to finally identify the body of a 1991 homicide victim in New Jersey known by her tattoo as "Tiger Lady." However, her death and killer remain unknown.

She was 16 years old when her body was found off Interstate 80 in Knowlton Township near the Pennsylvania border on Oct. 26, 1991.

Her death was ruled a homicide, but investigators were never able to determine how she died. There were no gunshot wounds or significant trauma.

She became known as the "Tiger Lady" because of a tiger tattoo on her left calf.

The prosecutor says DNA extracted from her bones in 2020 helped authorities update her profile and to explore geneological databases.

That led police in July 2021 to one of her uncles in Pennsylvania, who identified his missing niece.

Her mother died in 1999 and her father died in 2015. The prosecutor said she was raised by her stepmother until she was 15 years old.

DNA obtained from the Pennsylvania State Police confirmed Bruce Baker was her father.

Pfeiffer has made it a priority to use DNA technology to help solve cold case homicides since he took office last year.