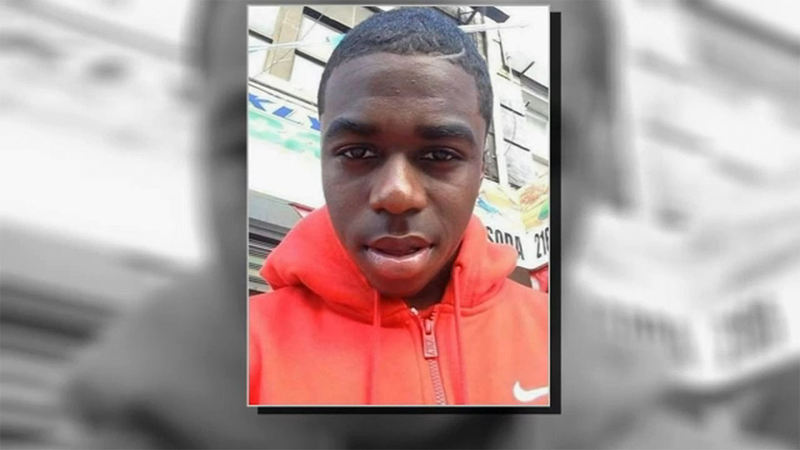 Mom desperate for answers 2 years after son killed at J'Ouvert

FLATBUSH, Brooklyn (WABC) -- The annual West Indian Day Parade and pre-parade parties are supposed to be a celebration, but for one mother, it is an extremely difficult time.

Alima St. Clair's son, Tyreke Borel, was murdered during the J'Ouvert festivities two years ago, and his killer has yet to be caught.

She still wonders what could've been if her son were still alive.

"I always say I have three kids," she said. "He is my son, and I want to know what happened, who did this, and why there are no answers."

Two years after Borel was fatally shot, there have been no arrests. And St. Clair says she has heard little, if anything, from police.

"I pray a lot," she said. "Sometimes that's the only thing that calms me."

In the early morning hours of Labor Day 2016, Borel was sitting alone on a bench near Flatbush and Empire avenues when he was shot. He was not the intended target.

St. Clair warned her son to be careful. He had gone to similar celebrations back home in Trinidad and had no problems.

"Tried texting him a couple times, but I guess he wasn't hearing his phone or feeling it," she said. "So I didn't hear anything until 8 the next morning."

Detectives came to her home and told her that her son was dead.

"The hardest thing was to call my father, siblings and tell them," St. Clair said. "He was the first grandchild, the first nephew, the first everything."

Borel was a young man, the oldest of three, who dreamed of one day designing cars.

"Summer was his time," she said. "Beach, basketball, friends."

St. Clair said each Mother's Day, one of her son's friends brings her a card or flowers. But what she really wants is answers, for someone to step forward and call police.