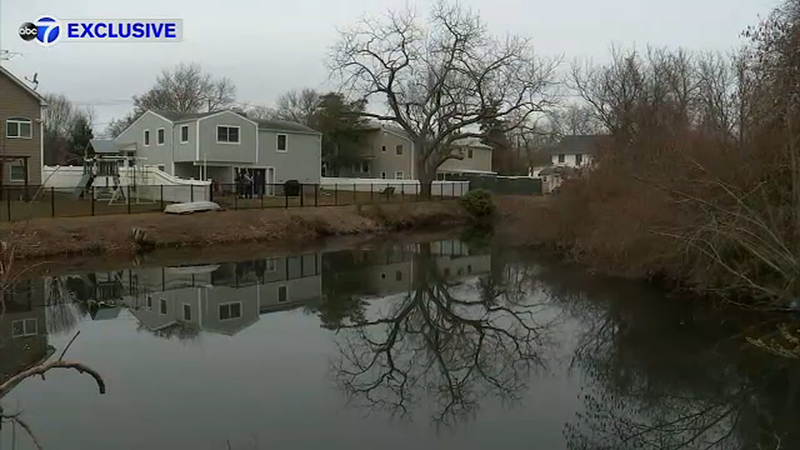 WEST ISLIP, Suffolk County (WABC) -- Eyewitness News has learned exclusively that residents on Long Island who live along a lagoon where high levels of contaminants were found are concerned state cleanup crews have not sufficiently removed the contaminated sediment.

The Dzus Fastener Company factory was named a New York State Superfund site due to contamination of heavy metals in the ground. Leaching pools on the property were used to dispose of metal waste. According to the DEC, these operations led to downstream groundwater contamination.

Heavy metals were found in sediment and soil samples taken from Willetts Creek and Lake Capri. Dozens of homes sit along both bodies of water.

Between the creek and the lake sits a small lagoon along Barberry Road. Heavy metals were discovered there as well. State DEC crews removed sediment from two parts of the lagoon, leaving the middle of the lagoon untouched.

Homeowners who live along the lagoon would like the entire lagoon remediated.

"It makes sense if things flow down north to south that if north and south are both needing remediation how could this section in the middle, you know, not require it?" Don Rivera exclusively told Eyewitness News reporter Kristin Thorne.

The engineer wrote in a letter to the DEC, "Samplings were not obtained from westerly and middle portions of the lagoon area approximately 40 depth in length from west to east and 80 feet in length from north to south. Given the fact that areas immediately north and immediately south of the lagoon area have been deemed contaminated, it is highly unlikely that no remediation is required in the lagoon other than the small area (that was already remediated)."

No additional samplings was conducted.