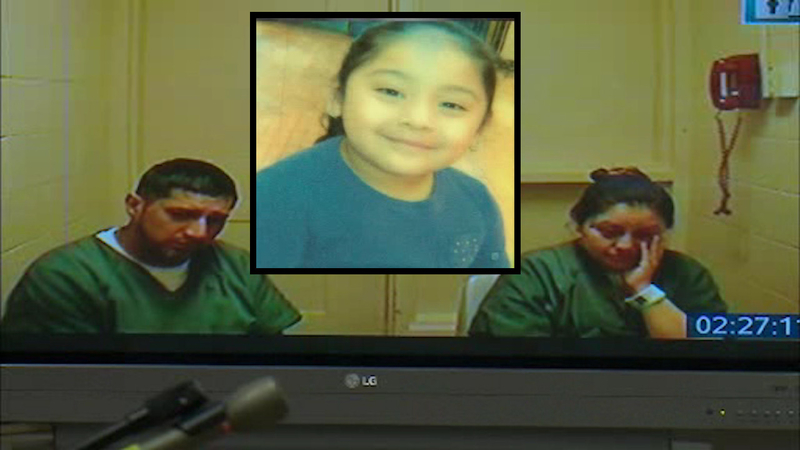 Pichardo was walking to school with her mother on Monday when she was hit by an SUV.

Investigators charged the driver of that vehicle and his girlfriend in connection with the deadly crash.

The couple appeared in court Wednesday to face charges as the girl's mother spoke out about the tragic incident for the first time.

With her world shattered, the girl's mother spoke to Eyewitness News saying her daughter deserves justice.

"I hope they pay for every they did. That there's justice," said Yeimy Coria, the Sheyla's mother.

Authorities maintain Rodriguez, who was driving without a license, struck the pair as they crossed the street. Police say video shows Rodriguez then briefly stopped, got out of his SUV but then took off.

"He should have helped my daughter," Shayla's father said.

He said an accident is one thing, but that leaving his daughter dying, suffering, in the street is cruel and heartless.

"We know somebody got out of the vehicle and left the scene of an accident but as far as whether it was Mr. Rodriguez at this point, at this stage in the game, I can't tell you that that was him," said defense attorney Brooke Barnett.