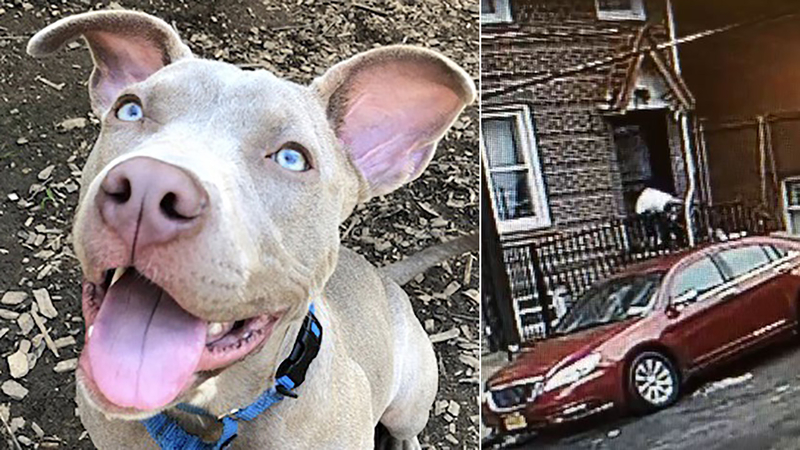 YONKERS, Westchester County (WABC) -- A Yonkers woman is facing animal cruelty charges after she was caught on video throwing and kicking a dog.

The SPCA of Westchester on Thursday announced the arrest of 41-year-old Kiani Wright.

Yonkers police received a phone call from a good Samaritan on May 13 after witnessing a 6-month-old pit bull puppy being dragged and then violently picked up by her neck and thrown outside of the suspect's apartment building.

The SPCA was called in to further investigate and determined that the puppy, named Pebbles, needed to be transported to a veterinarian for medical attention.

"The dog was bleeding at that time," said Ernest Lungaro of the Westchester SPCA. "What happened was one of the teeth on the dog was actually broken, it had abrasions under the chin, resulting in the blood."

During the investigation, the SPCA was able to obtain video from a nearby camera that showed Wright abusing Pebbles.

WARNING: Video may be disturbing to some:


She was quickly apprehended and charged with animal cruelty.

"We always want to see the laws have a little more bite than they do," said Lungaro. "A lot of times it depends on the criminal history of the person as well."

Neighbors say they had also seen the dog being beaten.

"We are very grateful to the good Samaritan who reported this horrific crime," said Shannon Laukhuf, executive director of the SPCA of Westchester. "This beautiful puppy can now be given a second chance at a happy life."

Pebbles is currently at the SPCA, where she will soon be placed up for adoption.

If you suspect animal cruelty or neglect, call the SPCA of Westchester's Confidential Animal Cruelty Hotline at 914-941-7797.