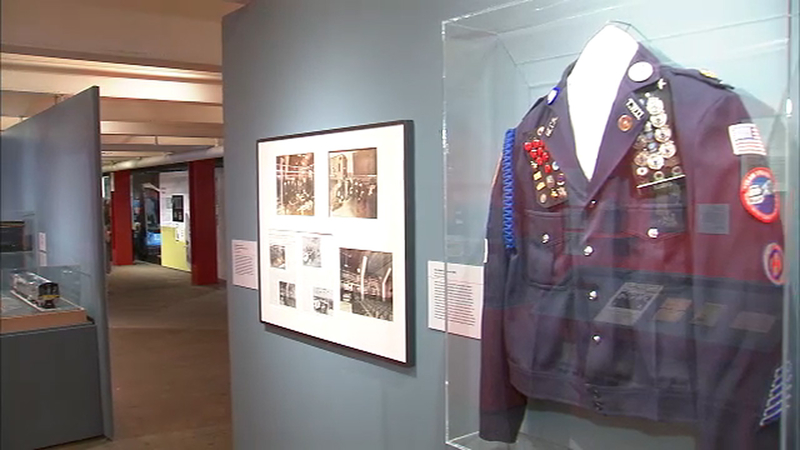 BROOKLYN, New York City (WABC) -- New York City's subways have changed a lot over the last 115 years, and The New York Transit Museum lets us take a look into the past to see how straphangers use to get around.

A new exhibit opening at the museum called "What's Old is New Again" is full of treasured artifacts, photos and more.

The new show at the museum is all about transit treasures, including items donated by transit workers and their relatives plus other items acquired in the last decade.

I was a history major in college, and when a place makes history come alive, that brings out the kid in me!

At the museum, kids go on a journey of discovery.

"We're very fortunate in that The Transit Museum often is people's first museum experience," said Executive Director Concetta Bencivenga, who likes to call herself the cheerleader-in-chief. "Grandparents can say, 'That's the subway I rode when I was a kid.' Parents can say, 'This is the bus I used to take to school,' and it's just a really fun, warm wonderful environment."

The Transit Museum is on two levels underground in what was once an active subway station in downtown Brooklyn.

"There is a wooden car from Brooklyn Rapid Transit from the early 1900s, " Bencivenga said. "Over here, you got a car from the 30s."

It's complete with reproductions of vintage ads.

"Each one of these is like a chapter in New York history, and you can really kind of immerse yourself in that," Bencivenga said. "And I love it's something you can touch, you can sit on. You can look at and you can hold the strap, why we're called straphangers, and that's a really special experience for little ones and big ones too."

Scenes from both versions of "The Taking of Pelham 123" were shot here, and the museum has played host to many other movies.

"This subway car might look familiar to you," Bencivenga said. "It's a 1949 subway car that was used by Steven Spielberg and Tom Hanks in the movie, 'Bridge of Spies.'"

It's the history of our city - in good times and bad - as told in transit.

"We really and truly, every day of our lives are living the way we do because of mass transit," Bencivenga said. "And so it's a great story to be able to tell."

The Transit Museum is run by the MTA, and it is one of the treasures of our city. Started 43 years ago, it is the largest museum of its kind in North America.