Although partially secured, scaffolding continued to dangle from a 12-story building on the Upper East Side, prompting the closure of Fifth Avenue from 77th Street to 71st Street.

It is expected to remain closed throughout Tuesday, since the FDNY says it was not safe to repair the scaffolding until the wind dies down.

The Department of Buildings is conducting an investigation.

FDNY members also responded on Wadsworth Avenue in Manhattan, where scaffolding fell on a bus. Fortunately, no one was hurt.

The awning of the Mediterranean Grill also blew off at Second Avenue at East 74th Street. The NYPD urged commuters to be extra cautious, and anyone with balcony or patio furniture was urged to move items inside.

A tree toppled onto a house at 4:30 a.m. on 199th Street in Queens, with the giant oak tree coming to a rest on the Hollis home.

The family says that two children were sleeping in the upstairs bedrooms where the upper branches of the tree came to rest. Amazingly, no injuries were reported.

Another tree came down on an Uber car near exit 14 of the Henry Hudson Parkway just after noon, smashing the windshield and injuring a passenger.

All lanes of the highway were temporarily closed but have since reopened.

In Brooklyn, subway service on the B, D, N and Q lines were disrupted due to tree limbs that fell on the tracks. Crews worked to cut away and the limbs and clear the scene south of Avenue M.

The bulk of the power outages were in New Jersey, where some 50,000 people were without power at the peak of the outages.

In South Amboy, part of the roof blew off an abandoned building.

A massive tree also fell in Fanwood, leaving debris -- mostly small branches -- all over the roadway. The tree was completely uprooted and was blocking Russell Road.

It fell away from the home it was near but onto power lines, partially bringing down a power pole.

The roadway has barricades blocking traffic along Russell and North Avenue because of the tree in the roadway and the sagging power lines.

Westchester County was one of the areas with significant damage from the high winds and hundreds without power.

On Long Island, several homes lost power in Kings Park after a tree fell and sparked an electrical fire. The front lawn of the home was actually on fire.

Meantime, the high wind conditions created delays at LaGuardia and other area airports. AirTrain service was also suspended at Newark Liberty International Airport and was replaced by buses but has since resumed normal operations.

The winds also caused some cruise ship passengers to lose a day of their trip. The arrival of the Norwegian Gem had to be delayed until Tuesday morning, so guests who were supposed to leave on an 11-day cruise of the South Caribbean will now go on just a 10-day journey. 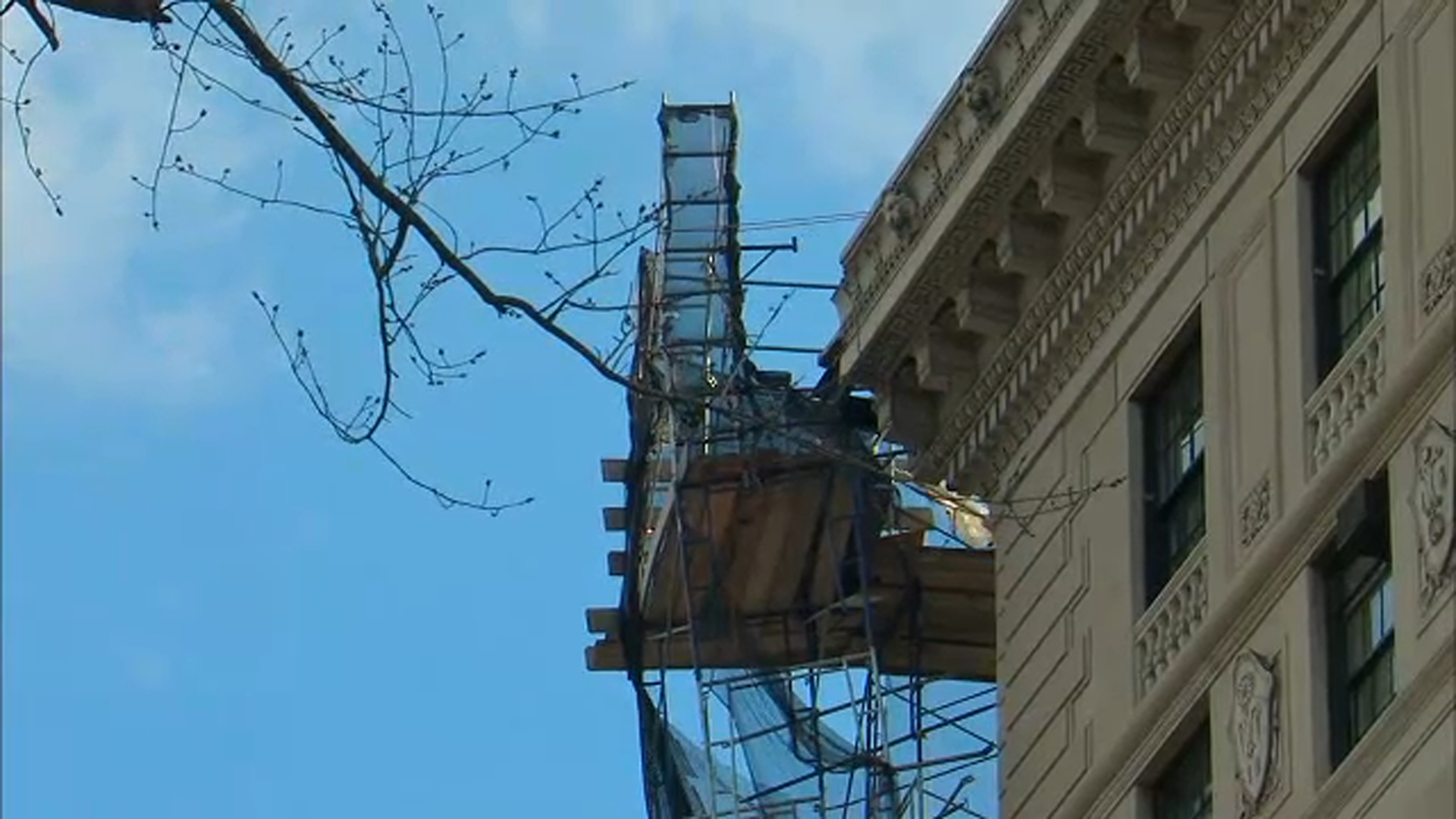 High winds bring down trees and power lines, cause delays at LaGuardia