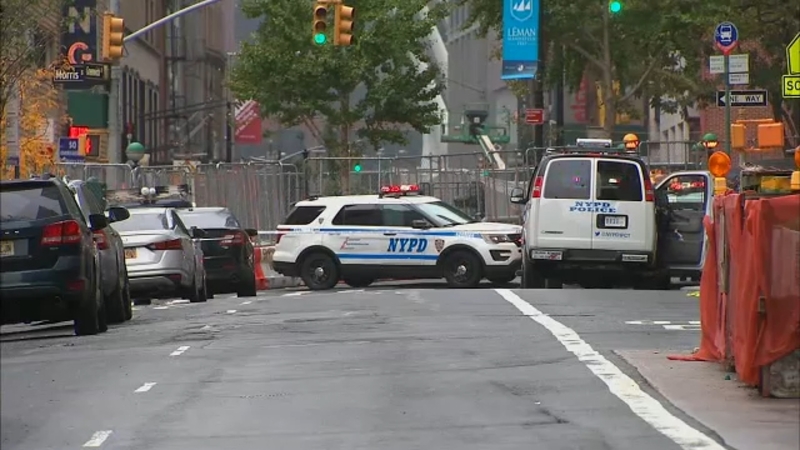 LOWER MANHATTAN, New York City (WABC) -- A woman was killed by her husband in an apparent murder suicide in Lower Manhattan Monday morning, according to police.

Police say the 46-year-old man, Xin Yu, waited for his 40-year-old wife, Min Ai, outside her apartment on Greenwich and Morris streets just after 9 a.m.

They became involved in argument, and police say Yu slashed Ai with a knife before shooting her in the head and torso.

He then turned the gun on himself.

Also Read: Call for criminal justice reform after parolee kills family, self in

The victim died at the scene, while the man was pronounced dead at NewYork-Presbyterian Lower Manhattan Hospital from a gunshot wound to his head.

Officials say Ai was estranged from her husband, and was planning on getting divorced. She had been secretly dating a colleague at the Lower Manhattan bank where she worked for the past year.

Police say as she walked from her Battery Park City apartment to the bank on Broadway, she was confronted by Yu who was carrying their marriage certificate around with him.

The boyfriend contacted detectives Monday after he could not get in touch with the victim. He told them there was no indication anyone at the bank knew they were dating.

The suspect lived in Ontario, Canada. It appears the victim had moved on, and he came to New York City to settle things once and for all.