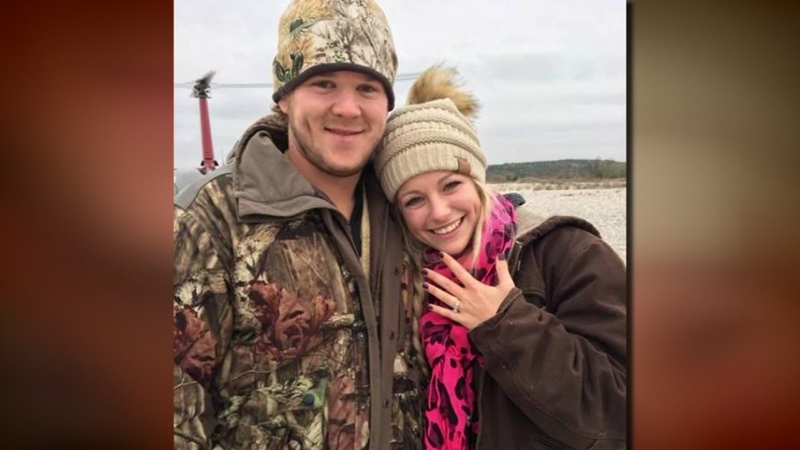 Will Byler and wife Bailee were married an hour and a half before they were killed in the Nov. 3 crash near Uvalde, Texas, along with the pilot of the Bell 206B helicopter, Gerald Lawrence.

In the NTSB's preliminary report released Wednesday, investigators revealed first responders had to attach ropes to the helicopter wreckage to keep it from rolling down the steep hillside as they responded to the scene.

Gerald Green Lawrence has been identified as the pilot in the helicopter crash that killed 2 newlyweds near Uvalde, Texas, just an hour and a half after the wedding. https://t.co/qV6zRjHDil pic.twitter.com/cI3nXaH4Wi

The helicopter, owned by the Byler family, was in the air for about five to 10 minutes before crashing about 100 feet from the top of a rocky 1,450-foot hill.

The crash left a nearly 100-yard long trail of debris to the main wreckage.

At the time of the crash, Lawrence would have experienced clear skies with a visibility of about 10 miles, according to measurements taken at the Garner Field Airport, in Uvalde.

NTSB investigators report the terrain was particularly dangerous, preventing detailed examination of the wreckage at the scene.

The helicopter was transported to a salvage facility for further examination after investigators documented the crash site.