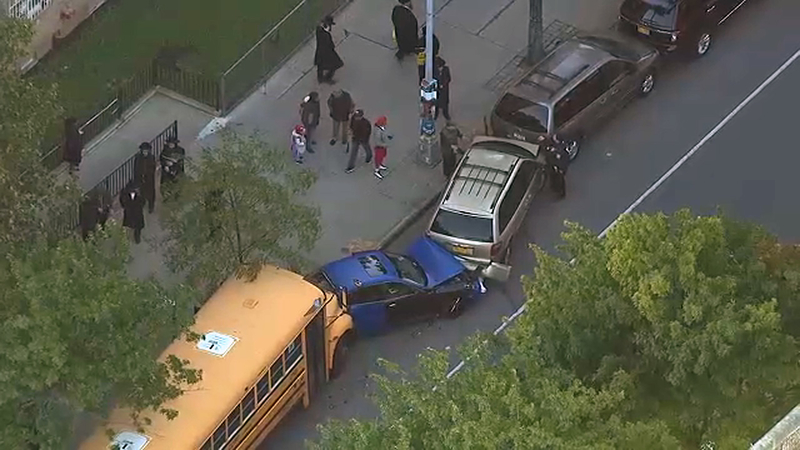 WILLIAMSBURG, Brooklyn (WABC) -- A yellow school bus lost control and rammed into a parked car in Brooklyn Thursday, causing a chain reaction crash that involved nine parked vehicles, some of which were destroyed.

It happened at Bedford Avenue and Wilson Street in Williamsburg around 4:15 p.m.

.@FDNY @NYPD90Pct are on scene at Bedford x Wilson after a School Bus crashed into 9 Parked cars, B"h no injuries to any bystanders. pic.twitter.com/AG3GtgirmT

No children were on the bus at the time of crash.

One woman was examined at the scene after being hit with shards of glass and police said the bus matron suffered only minor injuries.

The driver refused to discuss the crash. Authorities later said he suffered an unspecified medical episode and lost control of the bus after dropping off his passengers. No charges were filed in the incident.

The crash was similar to Wednesday night's accident in Brownsville, where a firefighter suffered a seizure and lost control of Ladder 120.

Six were hospitalized but none were hurt seriously.