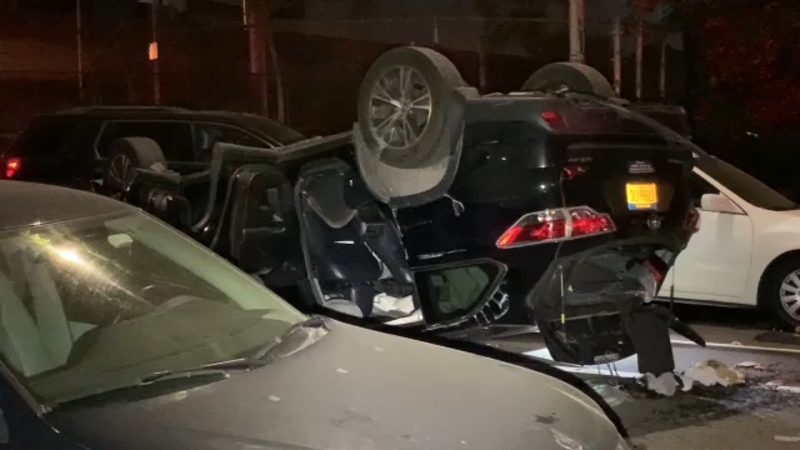 WILLIAMSBURG, Brooklyn (WABC) -- A crash in Brooklyn left one driver dead after hitting a postal truck and overturning, according to police.

Officials say the accident occurred shortly after 7 p.m. on Rodney Street and South 3 Street in Williamsburg.

They say a 29-year-old man was driving a Toyota and side-swiped five vehicles before striking a postal truck and overturning.

Citizen App video showed the scene and the overturned vehicle moments after the crash.

It's unknown if anyone else was injured.