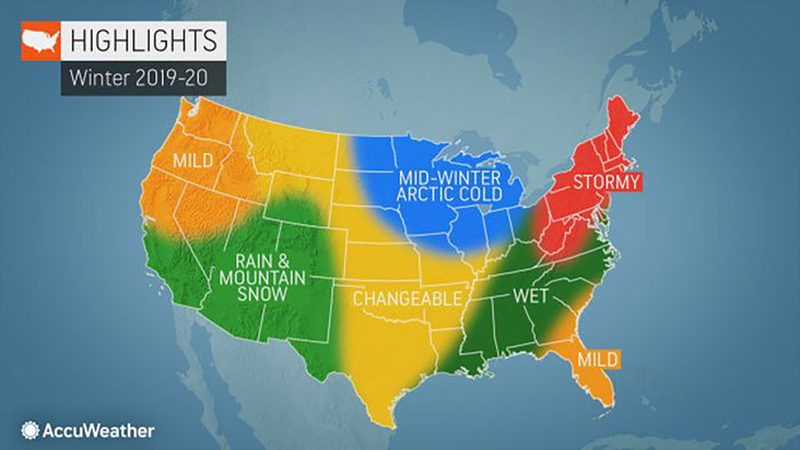 NEW YORK -- As 2019 comes to a close, AccuWeather's long-range forecast team predicts an active winter season is ahead for the northeastern United States.

Despite a few cold spells across the Northeast during autumn, winter's chill won't arrive until at least the end of 2019.

AccuWeather Expert Long-Range Forecaster Paul Pastelok said, "I think you're going to see a touch of winter come in in December. But I think its full force will hold out until after the new year."

Once the wintry weather does get underway, an active season will be in store.

"Whether or not it's snowstorms, ice storms or mixed events, I do feel this is going to be an active year for the Northeast," he said.

Above-normal snowfall could be in store for areas from New York City to Boston.

Meanwhile, cities farther south, including Washington, D.C., and Baltimore, will be more likely to get a mix of rain and snow.