With Democrats' votes split, party may risk being shut out of Senate runoff 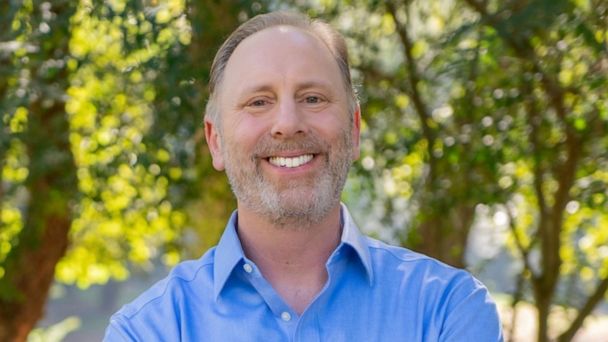 This election cycle, Georgia is in the unique position of having both Senate seats on the ballot, but with less than 40 days until Nov. 3, Democrats still need to consolidate support around one candidate in the crowded "jungle primary" special election -- or risk being shut out of the all-but-guaranteed January runoff.

With 21 candidates all competing on the same ballot, no one is expected to amass a majority of the vote on Election Day, which is required under Georgia state law for all elections, excluding the presidency, to win outright. On the Republican side, appointed Sen. Kelly Loeffler and Doug Collins, the current congressman for the 9th Congressional District, are basically running a primary campaign against each other, going tit-for-tat to prove who's the most conservative, pro-Donald Trump candidate.


But on the Democratic side, while Rev. Raphael Warnock, the senior pastor at Ebenezer Baptist Church in Atlanta, where Martin Luther King Jr. served as co-pastor until his death, has made gains since the summer, he hasn't made enough yet to position himself clearly in first or second among the candidates, according to recent polling. And the thorn in Warnock's side -- who insists, as of now, he's not going away -- is Matt Lieberman, a former teacher, current entrepreneur and the son of former Connecticut senator and Democratic vice presidential nominee Joe Lieberman.

"I'm running for US Senate AS a fed-up citizen of Georgia, and FOR the fed-up citizens of Georgia ... What Georgians of all races want is not a Black senator or a White senator etc, but a GREAT senator. That's what I hope to be for ALL of us. That's why I'm staying in the race," Lieberman tweeted Thursday, amid growing calls for him to cease his campaign, as some Democrats worry about him being a spoiler for the party's chance to win a statewide federal election for the first time since 2000 in a state that's moving toward "purple" on the political spectrum.

Warnock's campaign declined to comment on Lieberman, and in an interview on MSNBC Friday night, Warnock personally did, too, saying, "I can't speak for him or anybody else in this race."

A poll among Georgia registered voters from Monmouth University released Wednesday, showed the fight for those top-two positions was between Loeffler, with 23%, Collins, with 22%, and Warnock, with 21% -- a statistical tie. In the high likely turnout model, it was a literal tie -- 23% of the vote share per candidate.

The poll showed a 12-point gain for Warnock since Monmouth's July poll, but for Lieberman, who was still holding onto 11% support among registered voters, it was only a three-point loss.

"His support is eroding, which is not surprising, because he really doesn't have any deep ties in Georgia. ... If that 10% were to get behind Warnock, then he might even be leading the pack. It would certainly guarantee him a slot in the runoff," Charles Bullock, a professor at the University of Georgia with expertise in Southern politics and elections, told ABC News.

Ballots are already going out in Georgia -- and more than 22,000 have been successfully cast, too, according to data from the secretary of state's office -- so it's too late for a candidate to officially drop out, and have his or her name removed from the ballot, but he could put his support behind the leading Democrat in the race.

Democratic state Sen. Jen Jordan took to Twitter to point out that she wouldn't have won her seat without the GOP vote split in her special election working in her favor.

"Real talk: 8 Dems are in this race. There are only 5 Rs. That means each R gets bigger piece of overall GOP vote pie than each D gets of overall D vote pie," she tweeted Thursday. "Lieberman is making Collins/Loeffler runoff real threat. How do I know this? This is how I won GOP seat in 2017 special."

Fair Fight founder Stacey Abrams, the 2018 Democratic gubernatorial nominee and one of the most prominent Democrats in Georgia, made an unequivocal call for Lieberman to move aside.

"I would just encourage Matt to search his conscience and to understand why he is running, and if his goal is to make certain that Georgia has the senators we need to defeat Mitch McConnell ... we need Matt Lieberman to understand that he is not called for this moment, and to step back and ... to let support consolidate around Raphael Warnock," she told reporters over a virtual media availability Thursday.

Lieberman responded to Abrams on Twitter, accusing her of engaging in "candidate suppression," saying, "We Democrats must be about giving the people the right to choose who will lead them, and not limiting that choice before they even have a chance to vote."

He went on to claim that Warnock, who's also been backed by Senate Democrats' campaign arm and 31 U.S. senators, "would show up to work on day 1 already owned by power brokers in Atlanta & DC."


Lieberman scoffed at Warnock securing the endorsement of former President Barack Obama on Friday, implying it was yet another indicator that Warnock would be "beholden" to the Washington establishment.

His campaign did not respond to a request for an interview.

But an endorsement from the most popular Democrat in the country, and the nation's first and only Black president, could be just the push Warnock needs to gain enough momentum to overcome Loeffler or Collins -- or both of them if one doesn't break away as the Republican leader.

It's also rare for Obama to throw his support behind a Democrat still competing against other Democrats, making his endorsement Friday even more notable.

Consolidating the vote among Black Georgians, the bedrock of the Democratic Party's base in the state, could be key for Warnock securing his place in the runoff, J. Miles Coleman, the associate editor of Sabato's Crystal Ball at the University of Virginia, told ABC News Friday. Monmouth's polling indicates he can still do that.

According to the poll, about half of the Black electorate is backing Warnock already, while 18% of Black registered voters are backing Lieberman, and another 8% are backing Ed Tarver, another Democrat in the race. Eleven percent, however, say they are still undecided. The former president's endorsement, Coleman said, could help Warnock push those undecided voters into his lane, and even chip away more support from Lieberman.

Bullock, the UGA professor, said there's still plenty of time for Warnock to lock up the Democratic vote -- especially because he's currently running television ads, unlike Lieberman. He's on air with his fourth ad of the cycle, highlighting his stance on health care, which he calls a "moral issue," while also contrasting himself with his top-two Republican challengers, and GOP efforts to repeal the Affordable Care Act.

Warnock's ad shows both Loeffler and Collins, but he doesn't say their names.

It's in contrast to the new TV spot Loeffler's campaign unveiled Friday, which hits on the partisan fight unfolding around the Supreme Court vacancy.

The ad names Warnock twice -- signaling that he is the Democrat she sees herself competing against.

"I think that does enhance Warnock's credibility that if you're a Democratic voter who's undecided, you say, 'Well, gee, if he's taking incoming from one of the Republican candidates, [that] indicates that they're afraid of him, so maybe I'm going to get behind this person,'" Bullock said.

While this Senate seat is surely headed to a runoff on Jan. 5, it's entirely possible that the race between Republican Sen. David Perdue and Democrat Jon Ossoff will also advance to one, given there's a third candidate in the race and polling shows neither Perdue nor Ossoff with more than 50% of the vote.

If that were to happen, Bullock said, and control of the Senate wasn't yet determined, "Georgia becomes, for nine weeks, the center of the political universe."


"All the money in the world will be spent here," he said, but added that the limited statewide runoff history in Georgia comes with a warning.

"The Republican always wins," he said, citing one example from 1992 when Democrat Wyche Fowler led by about 30,000 votes in the general election, but ended up losing to Republican Paul Coverdell in the runoff. "So, the experience has been the Republicans do a much better job of getting their voters back to the polls."

Michael McDonald, an elections expert and University of Florida professor who's done extensive research on voter turnout, said that not only do runoff elections typically see lower voter turnout, but usually fewer Democrats show up. He offered a critical caveat, though.

"I think all bets are off if the fate of the Senate is in the balance with the Georgia elections," he told ABC News.

He added that in special elections under Trump's term, like Alabama's special Senate election to replace former Attorney General Jeff Sessions, there has been "unprecedentedly high turnout."

"So if we think of the runoff as similar to those special elections that are the only elections that are taking place, the only race that's on the ballot, yeah, I think that that dynamic could be different from what we've had past elections," McDonald said. "So I wouldn't know for certain that the past behavior would hold."

However, Coleman, of Crystal Ball, said if either of the Senate runoff elections were to decide control of Congress's upper chamber, that probably wouldn't be good for Democrats.

"Georgia is -- it's still somewhat of a medium red state, at least," he said.

Coleman didn't have to go back very far to cite a statewide race in Georgia where Democrats performed worse in the runoff.

In 2018's secretary of state election, Democrat John Barrow was second to now-Secretary of State Brad Raffensperger by only half a percentage point in the November general.

That runoff took place in the aftermath of Abrams accusing her competitor, then-Secretary of State and now-Gov. Brian Kemp, of voter suppression, which he's denied, while he was overseeing an election he was a candidate in. The argument that electing a Democratic secretary of state to prevent that from happening again could have been especially compelling, Coleman noted. But turnout dropped in the counties covering and around Atlanta, the largest Democratic hub statewide, he said.

Barrow ended up losing the runoff by 3.8 percentage points, and the total number of ballots cast for both candidates was more than 400,000 less than Barrow got in the first election.
Report a correction or typo
Related topics:
abc newsnational
Copyright © 2020 ABC News Internet Ventures.
More Videos
From CNN Newsource affiliates
TOP STORIES