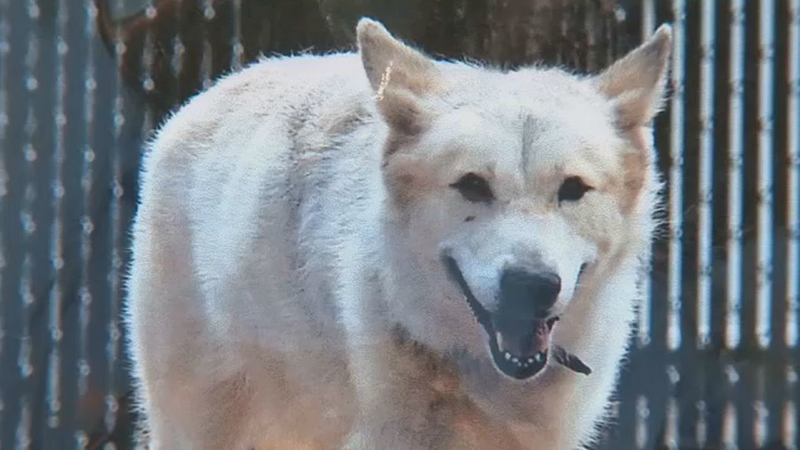 BROOKHAVEN, Long Island (WABC) -- Police on Long Island are on the hunt for a missing wolf and the person who stole it.

Authorities say the wolf was taken from the Town of Brookhaven Ecology Site, Park and Animal Preserve.

An employee from the preserve called police Monday morning saying the wolf was gone.

Police say the suspects managed to cut through three fences and opened a series of doors, some of them heavy, in order to get the wolf. They say it appears those involved seemed to know a lot about how to get in and out of the preserve.

"Specific parts of the enclosure where gates had to be lifted to release the animal from its nighttime area," Suffolk County police Lieutenant Michael Lutz said. "It appears that somebody who knows how to do that was involved. (An inside job) is a possibility."

It is the same wolf that was turned over to officials in August after being kept as a pet in Ronkonkoma.

The family bought the wolf, named Nakita, from an out-of-state breeder six years ago but turned her into to the center in August 2017.

The center says the wolf is domesticated and does not pose a threat to the public. Still, animal experts warn that illegally owning a wolf can be dangerous.

Wolves are wild animals, and their behavior can be unpredictable and violent.

The investigation is continuing. Anyone with information about this case is asked to call the Fifth Squad at 631-854-8552 or Crime Stoppers at 1-800-220-TIPS.