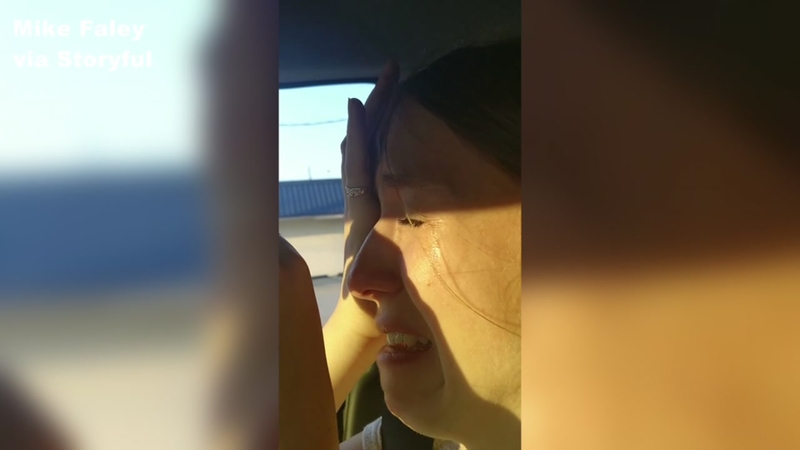 WILMINGTON -- A Brooklyn resident couldn't contain her joy after her biggest dream came true - meeting a pig for the first time.

Mike Faley said his girlfriend Rava loves pigs, so when she finally got to meet one, she basically lost her mind.

"My wonderful and charming girlfriend Rava is obsessed with pigs," he told Storyful. "She has a pig purse and her Instagram feed is almost all baby pig pictures. If you couldn't guess, she's also a vegan."

While the couple was driving around North Carolina on vacation together they saw a sign that said, "Bonnie Lou the pig lives here," so they pulled over to meet her

Faley said when they arrived two people who live with Bonnie Lou said visiting hours were over but that they could still say hello.

So, Rava hopped on the porch and saw the piggy getting a belly scratch.

Then, Faley, Rava, and Bonnie Lou began playing in the yard and the pet even started showing off some tricks. What a ham!

The couple said the impromptu trip was well worth it, adding that they got some great shots for their scrapbook.

Faley recorded his hysterical girlfriend after the encounter.

Faley shared the intense moment to his Youtube page where it's been viewed more than 41,000 times.