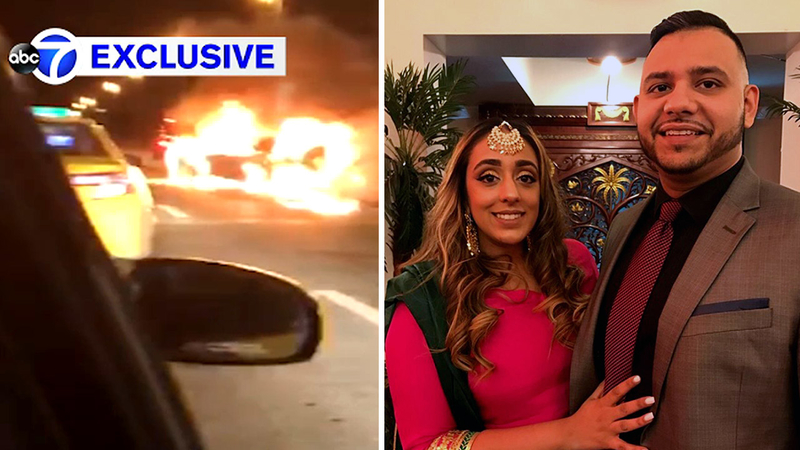 RED HOOK, Brooklyn (WABC) -- The driver accused of hopping in a cab as his car burned with a woman's body still inside has been indicted by a grand jury.

Saeed Ahmad, 23, is accused of crashing into a concrete barrier last week on the Gowanus Expressway killing 25-year-old Harleen Grewal.

In exclusive video obtained by Eyewitness News, you can see a man hailing a cab in the middle of the expressway while Grewal burned to death.
EMBED More News Videos

Ahmed was later found at Maimonides Medical Center, where he was treated for burns to his neck, arms and legs.

He was arrested and facing charges of second degree manslaughter, criminally negligent homicide, leaving the scene of an accident, aggravated unlicensed operator and speeding.