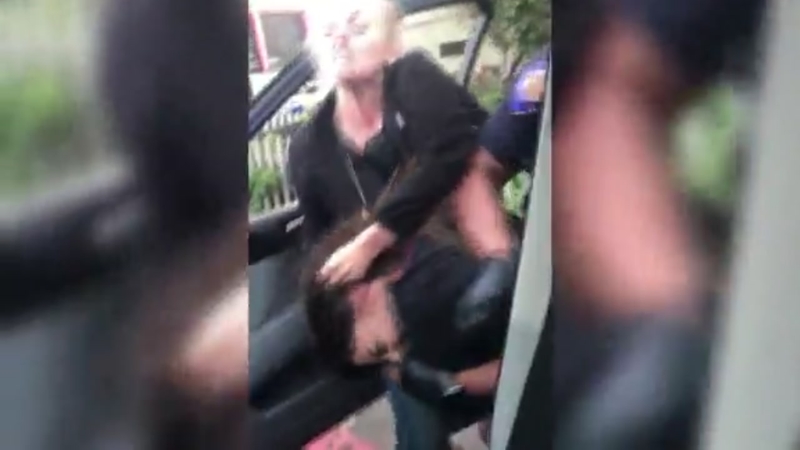 ARCATA, California -- A confrontation between a 20-year-old woman and police in Arcata, California, is going viral.

It all started when Humboldt State University police pulled over a vehicle after they say they saw a woman standing up through the sunroof.

Police arrested the juvenile who was allegedly hanging out the sunroof. Police then questioned the passenger, and the confrontation began.

Video shows the woman and the officers arguing over the accuracy of the woman's last name.

Police eventually pulled the woman out of the car and arrested her.

Samantha Alonso Luna was charged with resisting arrest, battery on a peace officer, public intoxication and providing false identification to a police officer.

Police released a statement saying they were cracking down on underage drinking and are looking into the incident.