Woman, infant survive being run over by Bronx subway train 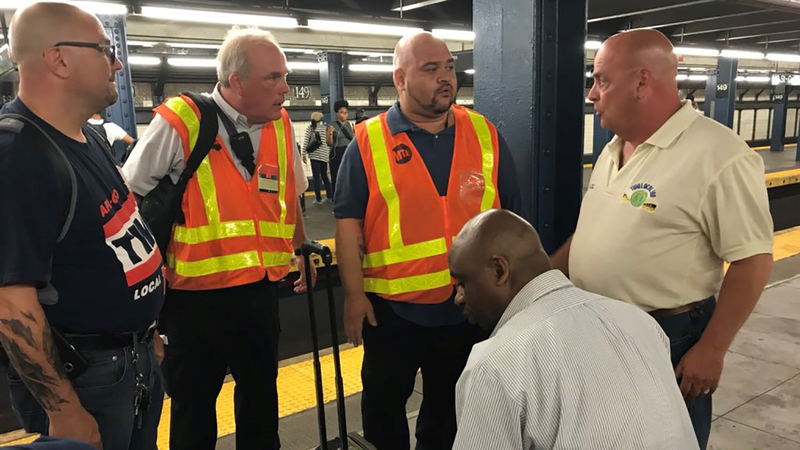 Woman, infant survive being run over by Bronx subway train

MELROSE, Bronx (WABC) -- A 30-year-old woman and a 2-month-old boy survived after falling onto the subway tracks in the Bronx Wednesday and being run over by a train.

The woman reportedly claimed she tripped, but authorities say the motorman on the train and several witnesses told police she deliberately jumped while holding the boy.

The incident happened at the 149th Street-Grand Concourse station in the Melrose section just after 9:30 a.m.

Officials said they landed in the gulley in between the tracks, allowing the train to pass over them without making contact.

Amazingly, neither was injured. They were taken to Lincoln Hospital for evaluation, as was the motorman, who was said to be shaken up.

"We have someone that says, 'I stumbled and fell accidentally,' so it's very early," NYPD Chief of Detectives Dermot Shea said. "My understanding is, thankfully, that the woman and the baby are OK."

The investigation is ongoing into how they ended up on the tracks.