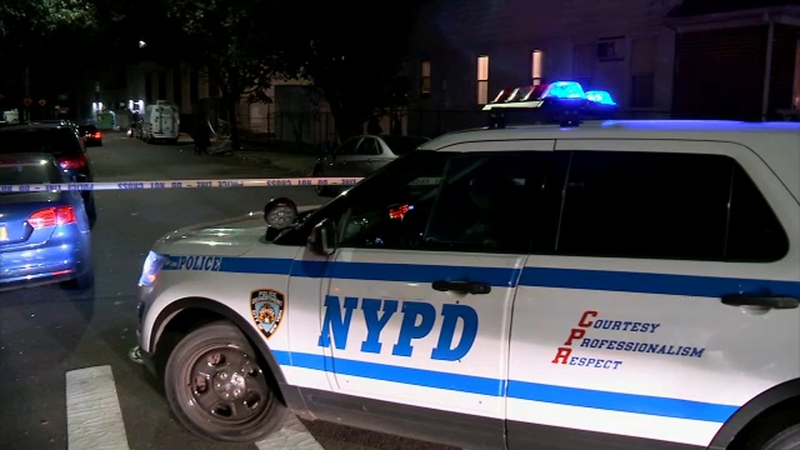 OZONE PARK, Queens (WABC) -- Police say a Queens man stabbed his wife to death and then took his own life.

The incident was reported in the 8900 block of Albert Road in Ozone Park around 7:30 p.m. Friday.

A family member received a text message from the man saying the woman was dead and that he was going to kill himself, sources say.

FDNY responded to the scene and pronounced the woman dead. Police say she had been stabbed several times in the torso. She has been identified as 27-year-old Donne Dojoy.

Police say a man believed to be the victim's husband was found hanging from a tree in a nearby wooded area in Howard Beach. His name was not immediately released.

Sources say the two had an ongoing domestic violence history and the man was arrested last summer for assault.

The deaths appear to be the second domestic murder-suicide in the city this week. Police say a Harlem man killed his wife, their 5-year-old daughter and himself on Wednesday.