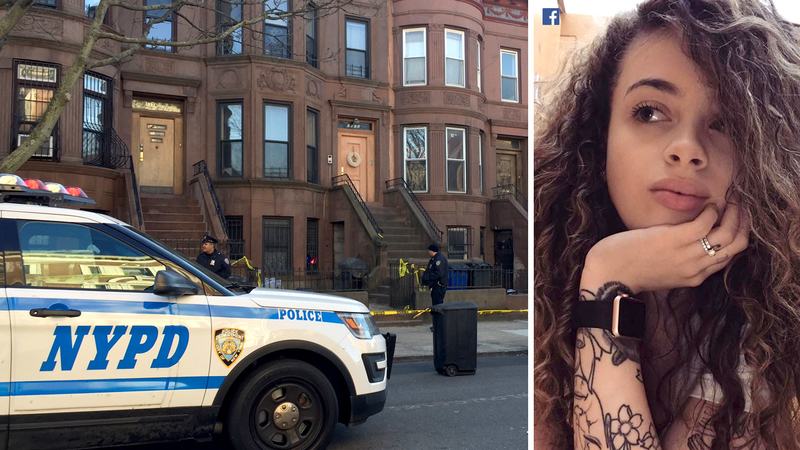 CROWN HEIGHTS, Brooklyn (WABC) -- Investigators said the death of a woman whose body was found at the bottom of a basement staircase in her Brooklyn home Wednesday appears to be a domestic homicide, and detectives are focusing on her husband.

Tonie Wells, 22, was found unconscious and unresponsive just before 10 a.m. in the basement of the home she shared with her husband and her toddler daughter on Sterling Place in the Crown Heights section.

Paramedics pronounced Wells dead at the scene. The medical examiner is working to determine the cause of the death.

The case is preliminary being treated as a domestic incident. Her young child was also found in the house.

"I would like to mention that we do have a person of interest that we are currently looking to speak with," NYPD Deputy Chief Michael Kemper said. "I am not going to release his name at this point, but as I am speaking to you, investigators are looking for him."
----------
* More Brooklyn news
* Send us a news tip
* Download the abc7NY app for breaking news alerts
Report a correction or typo
Related topics:
crown heightsnew york citybrooklynhomicide investigationhomicidedomestic violence
Copyright © 2021 WABC-TV. All Rights Reserved.
HOMICIDE INVESTIGATION
Person of interest sought in stabbing of woman in NJ
$250K life insurance policy signed 2 days before murder, officials say
Child is 6th person to die in deadly Wisconsin parade crash
Pregnant woman leaving baby shower killed in Philadelphia shooting
TOP STORIES
No cases of omicron variant in NYC yet, Mayor de Blasio says
Crater left on beach after explosive device detonated on Long Island
Twitter CEO Jack Dorsey steps down from position
Cyber Monday deals: Strategies to shop and save big
US travel restrictions take effect due to Omicron variant
Gun range fire in Rockland County leaves 3 firefighters injured
RFK Bridge reopens after trooper fires shot trying to stop car
Show More
AccuWeather: Cold and breezy
Matthew McConaughey won't run for Texas governor in 2022
COVID Updates: NJ Gov. Murphy receives booster shot
Opening arguments set to begin in trial of Ghislaine Maxwell
Protesters show support for Asian woman struck in head with rock
More TOP STORIES News