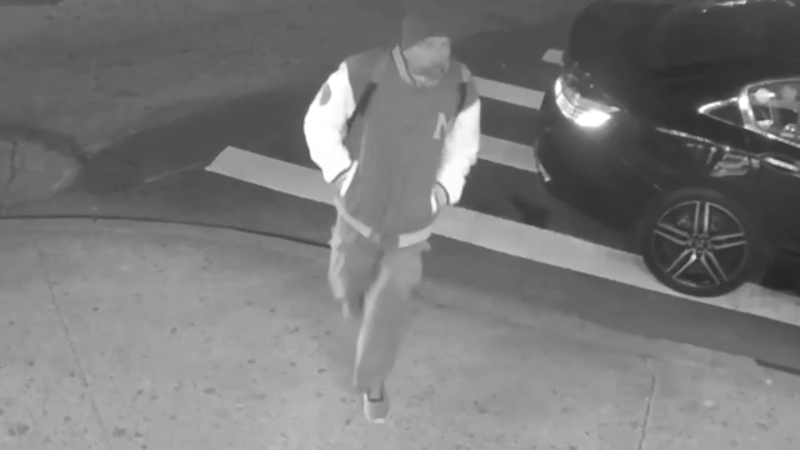 Suspect wanted in violent carjacking in the Bronx

BRONX (WABC) -- The search is on for the suspect behind a violent carjacking in the Bronx.

Police say a 48-year-old woman was sitting in her car on Intervale Avenue around 8: 25 p.m. Friday when a man suddenly opened the driver's side door.

He attempted to pull her out of the car, according to authorities, and at one point took out a knife.

During the struggle, the victim reportedly told the suspect she had money in her purse.

Once the woman was out of the vehicle, the suspect stole her car.

The victim suffered a cut to her hand but wasn't seriously hurt.

Her car was later found nearby, but her purse was gone.

The suspect is described as a black man in his 40s, approximately 6 feet tall and 160 to 200 pounds. He was last seen wearing dark colored knit hat, a two-tone varsity jacket with the letter "M" on the front, dark-colored pants, dark-colored sneakers, and a backpack.