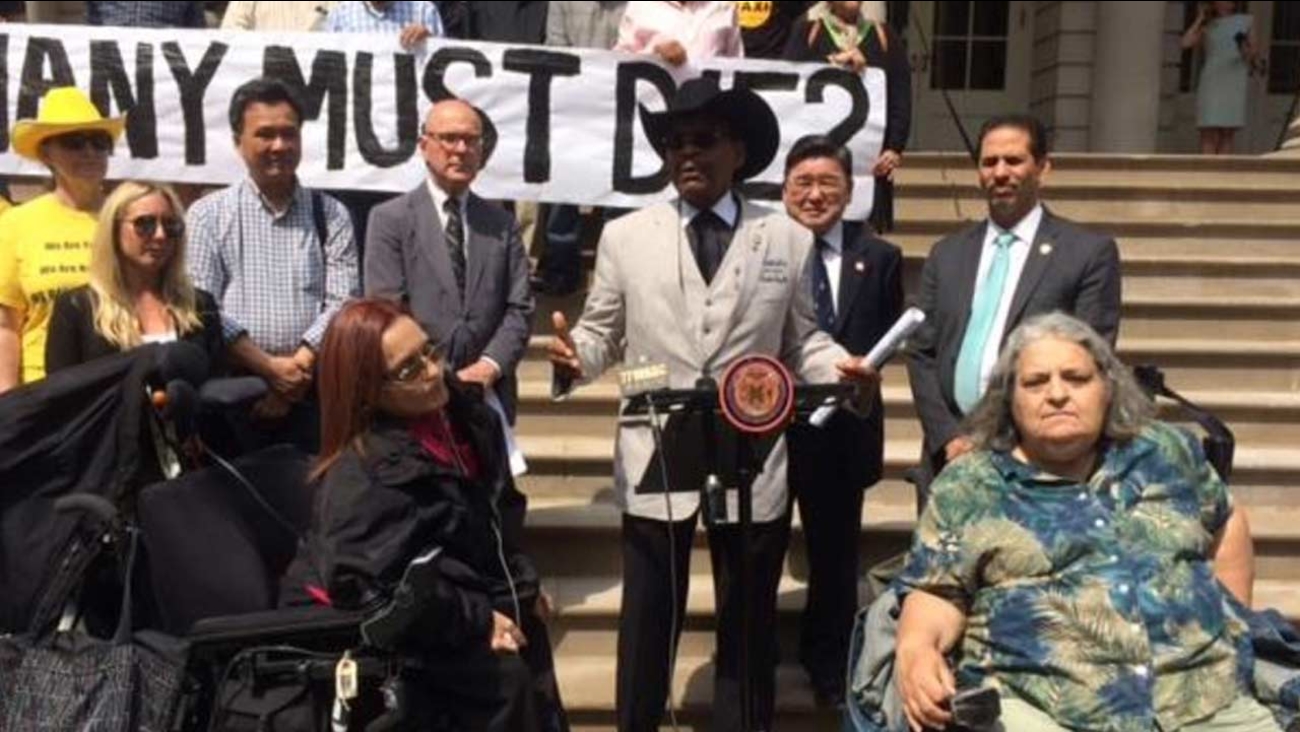 (Brooklyn Center for Independence of the Disabled)

EAST NEW YORK, Brooklyn (WABC) -- The woman found dead Sunday during a power outage at Spring Creek Towers, the nation's largest federally subsidized housing complex, is being remembered as a tireless advocate for people with disabilities.

Elizabeth Ramos, 56, is most known for her efforts to expand ride-share services to people with disabilities.

The Brooklyn woman, who relied on a motorized wheelchair, sued Uber for discrimination after Ramos said the company failed to provide adequate access to accessible rides.

She also filed a complaint with the New York City Human Rights Commission about two years ago.

Ramos served as a board member for the advocacy group, Disabled in Action, participated in advocacy work at the Brooklyn Center for Independence of the Disabled and corresponded with New York City council members and city officials on matters affecting those with disabilities.

"Elizabeth Ramos was a tireless disability rights advocate and pillar of our community," said Commissioner Victor Calise, of the New York City Mayor's Office for People with Disabilities. "I am deeply saddened by her passing and extend my condolences to her family and the disability community as I join them in mourning her loss."

Ramos died early Sunday morning when her electrically powered breathing equipment failed during a site-wide power outage at the complex where she was living, according to Ramos' daughter Ashley Ramos.

"Elizabeth was a fierce advocate for everyone," close friend and fellow advocate Dustin Jones said. "Elizabeth lived a life wanting to give back to others."

Spring Creek Towers generates its own power rather than relying on the public utility, and the 46-tower complex has long struggled with outages.

Ramos often worried about what would happen during a power outage after being denied the use of a backup generator by building management, according to her family.

"Ms. Ramos was cheated out of life," family friend Samara Hill said. "It is unacceptable on all levels."

Ramos' death remains under investigation by the medical examiner.

New owners purchased the complex in May. Renovations to the complex power system are scheduled for September to reduce the likelihood of outages in the future.

A spokesperson for the complex owners, Brooksville Company, declined comment pending the outcome of the city's investigation.