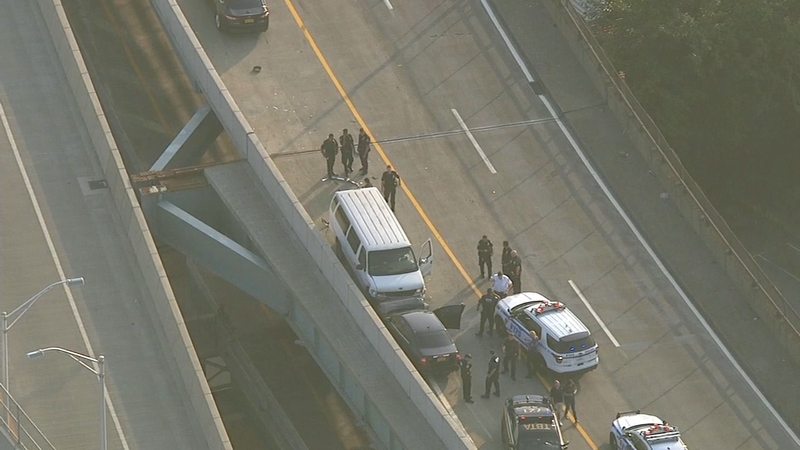 NEW YORK (WABC) -- A 47-year-old Staten Island man was charged after crashing into an NYPD vehicle while traveling the wrong way on the Verrazano-Narrows Bridge.

Guarneri was driving a stolen 1999 Ford Econoline van the wrong way across the Verrazano-Narrows Bridge when police attempted to pull him over in Brooklyn.

He had been identified as a possible burglary suspect in Bay Ridge.

Guarneri crashed the stolen van into an unmarked police cruiser on the bridge just after 5 p.m. Monday.

He then allegedly jumped out and attempted to climb over a wall on the bridge, but was taken into custody.

He was first taken to Staten Island University Hospital for treatment before being moved to the 122nd Precinct on Staten Island.

He has eight prior arrests, including grand larceny, petit larceny, narcotics, burglary, and aggravated unlicensed operator of a motor vehicle.

A sergeant and an officer in the cruiser were taken to Staten Island University Hospital with minor injuries.