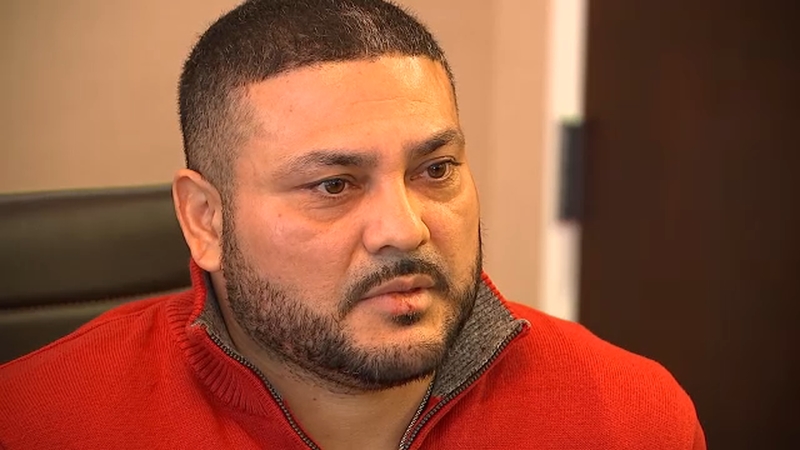 Wrongly convicted man speaks out after nearly 25 years in prison

BROOKLYN (WABC) -- A Brooklyn man who had his 1995 murder conviction overturned earlier this month after serving nearly 25 years in prison spoke for the first time to the media Thursday.

Officials say Christian Pacheco had spent his entire adult life in prison after being convicted of murder at the age of 18. He was one of several men convicted in the murder of Lemuel Cruz.

"I thank God for being free, for having the right people to get me out of here and back with my family," Pacheco said.

The District Attorney said that on December 2, 1995, at about 1:45 a.m., approximately 15 members of the Latin Kings gang were celebrating a birthday at Con Sabor Latino Lounge at 423 3rd Avenue in Gowanus, Brooklyn.

They got into a fight with the victim, Lemuel Cruz, which spilled outside with the Latin Kings punching, kicking and stabbing Cruz, whose neck was also slashed with a razor blade. The evidence showed that Pacheco was also stabbed that night.

Pacheco's attorney, Derek Sells, of The Cochran Firm NY, has been working for the past 18 months to vacate his conviction.

Prosecutors acknowledged that newly discovered evidence and information provided by witnesses proved that Pacheco's conviction had to be vacated and the indictment against him dismissed.

Pacheco said he knew the victim and maintains that he was trying to help Cruz and stop the attack.

His 25-year-old son, who is in the Navy and lives in San Diego, would visit him when he was behind bars, so he couldn't wait to see him be released.

"I believe that this is one of the reasons I always fought for my freedom," Pacheco said. "So I can prove to him, his dad is not a killer."

He said he is looking forward to meeting his 17-month-old granddaughter, who he has only seen in pictures.

"Freedom is the most beautiful thing you'll have, I believe" Pacheco said.

He has filed a claim against the state of New York for $100 million.