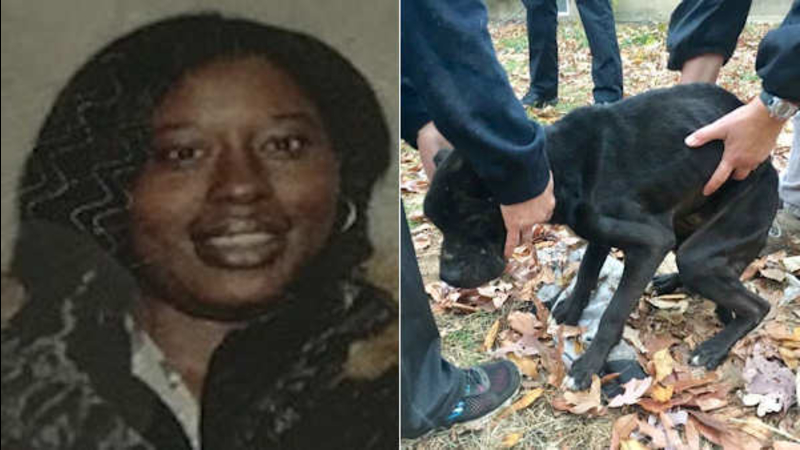 Veleda Bailey, 35, was arrested after authorities found one deceased dog tied to a tree and several others in need of immediate medical care. They were transported to a local veterinary hospital for evaluation. Five dogs and three puppies are now being treated.

"The conditions we got from the vet, severe emaciation, dehydration," Suffolk SPCA Chief Roy Gross said. "She admitted she hasn't fed these dogs in two weeks."

Members of the local animal rescue group found one of Bailey's dogs wandering around the street, with some kids close behind.

"That's when the children arrived and said she belonged to them," said Linda Klampfl, of the Almost Home Animal Rescue.

They asked the children where their mother lived, and they pointed to the house on South 27th Street. Bailey let them in, and that's when they discovered the horrific scene and contacted the SPCA.

"She was barbecuing hamburgers while all this was going on with the Suffolk SPCA, the police department," Gross said.

Gross said Bailey told them she couldn't afford to feed the dogs.

"There is no excuse for this," Klampfl said. "All you would have to do is pick up the phone and make a call...call the local animal shelters, 'I need help.' We are there to help you...if you can't take care of your animals, make a call and your animals would be taken care of."