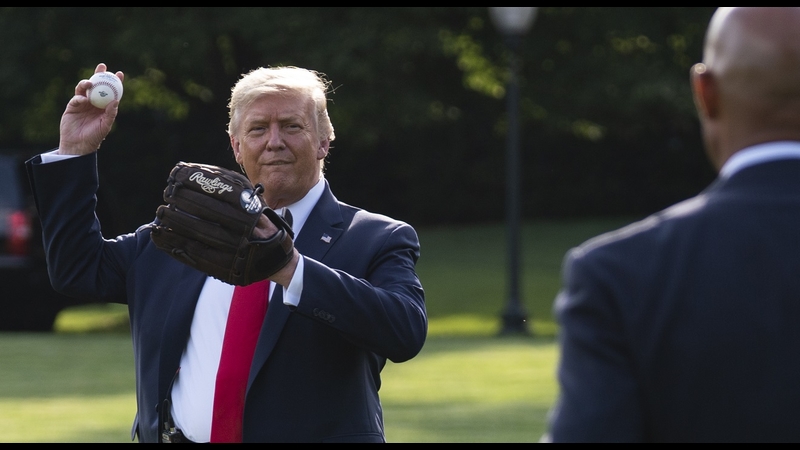 BRONX (WABC) -- President Trump tweeted Sunday that he will not throw out the first pitch at a Yankees game in August.

Trump said because of incoming meetings on vaccines, the economy and 'much else,' he will not be able to be in New York on August 15th.

Because of my strong focus on the China Virus, including scheduled meetings on Vaccines, our economy and much else, I won’t be able to be in New York to throw out the opening pitch for the @Yankees on August 15th. We will make it later in the season!

He then said he hopes to make it later in the season.

There was immediate fallout when Trump said he had been invited to appear at the August Game.

Bronx Borough President Ruben Diaz said it was wrong for the Yankees to invite the president to throw out the first pitch.

"We all deserve better than a careless Major League Baseball organization that consistently ignores the surrounding community while pandering to an unapologetic white supremacist like Donald Trump."

Trump said the return of sports was "a tremendous thing psychologically for our country" in the midst of the coronavirus pandemic.