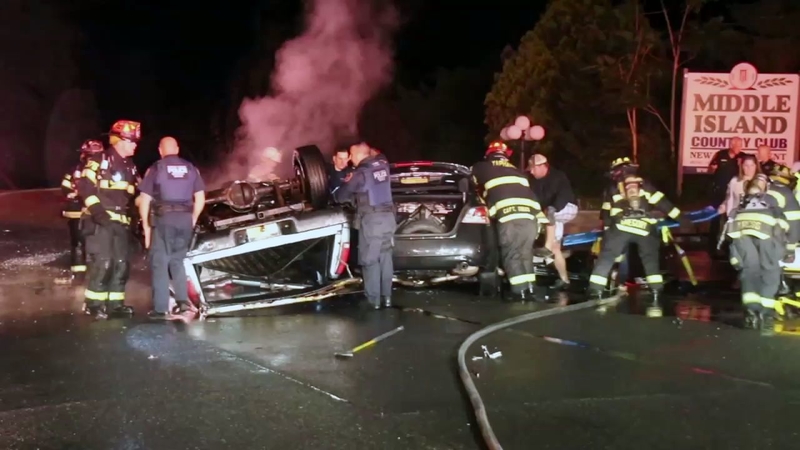 The accident happened on Yaphank-Middle Island Road, near Rustic Road, around 10:45 p.m.

Authorities say a 1990 Chevrolet pickup truck was traveling southbound on Yaphank-Middle Island Road when the driver, 25-year-old Gustave Geyer, lost control of the vehicle and struck a northbound 2014 Nissan Altima.

Witnesses said Geyer as operating in an erratic and unsafe fashion. 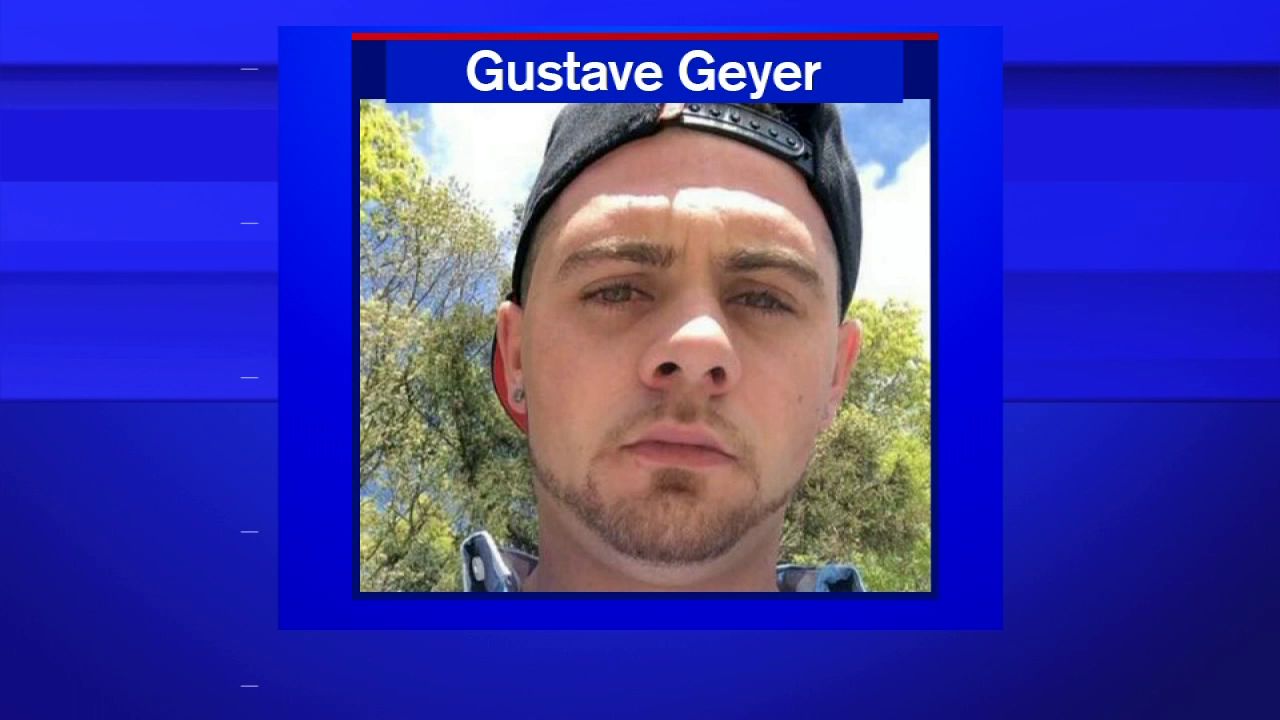 "He was described as operating in a wild and crazy manner prior to the accident," Suffolk County Police Chief Stuart Cameron said. "He passed a car in a no passing zone in what's described as a high rate of speed."

At that point, police say Geyer lost control and veered into oncoming traffic.

"At some point, after the illegal passing maneuver, he tried to re-enter the proper lane," Cameron said. "He lost control of the vehicle. He was described as fish tailing. He entered the opposite lane again and hit the 2014 Nissan Altima."

"After the vehicles collided, there was a fire," Cameron said. "The driver of the pickup truck was ejected. Both vehicles were damaged by the fire. It appears the fire may have originated in the pickup truck." 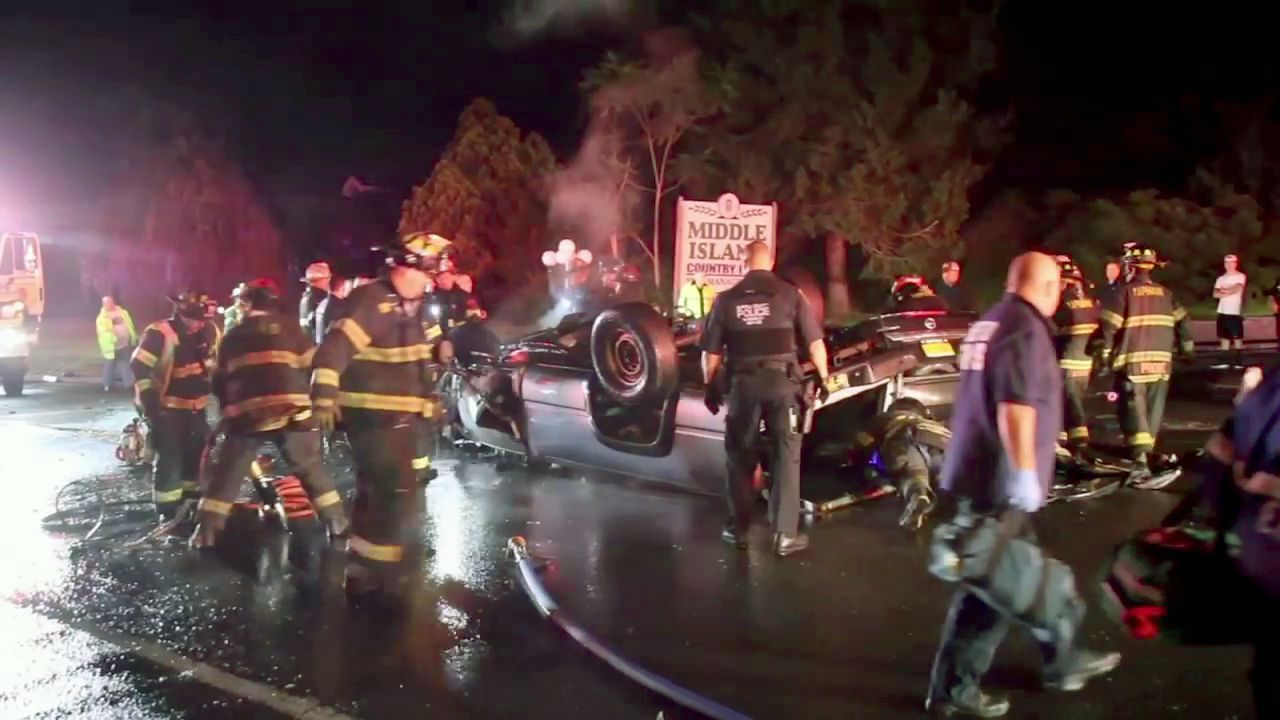 Thirteen-year-old Mikyla Marshak lives across the street, and she said she could hear the people trapped inside.

"I felt bad because there were people in there, and you could hear a lady moaning," she said. "My dad went inside to get the fire extinguisher, and he came outside to try and put the fire out."

And while her father did that, she called 911.

"Me and my friend were both calling 911," she said. "They would answer, they would say our operators are all full."

Police say all 911 calls made for the incident were answered in less than a minute.

"Miraculously, when the officers responded, they heard a baby crying amidst all the carnage," Cameron said. "That baby escaped with what's described as minor injuries." 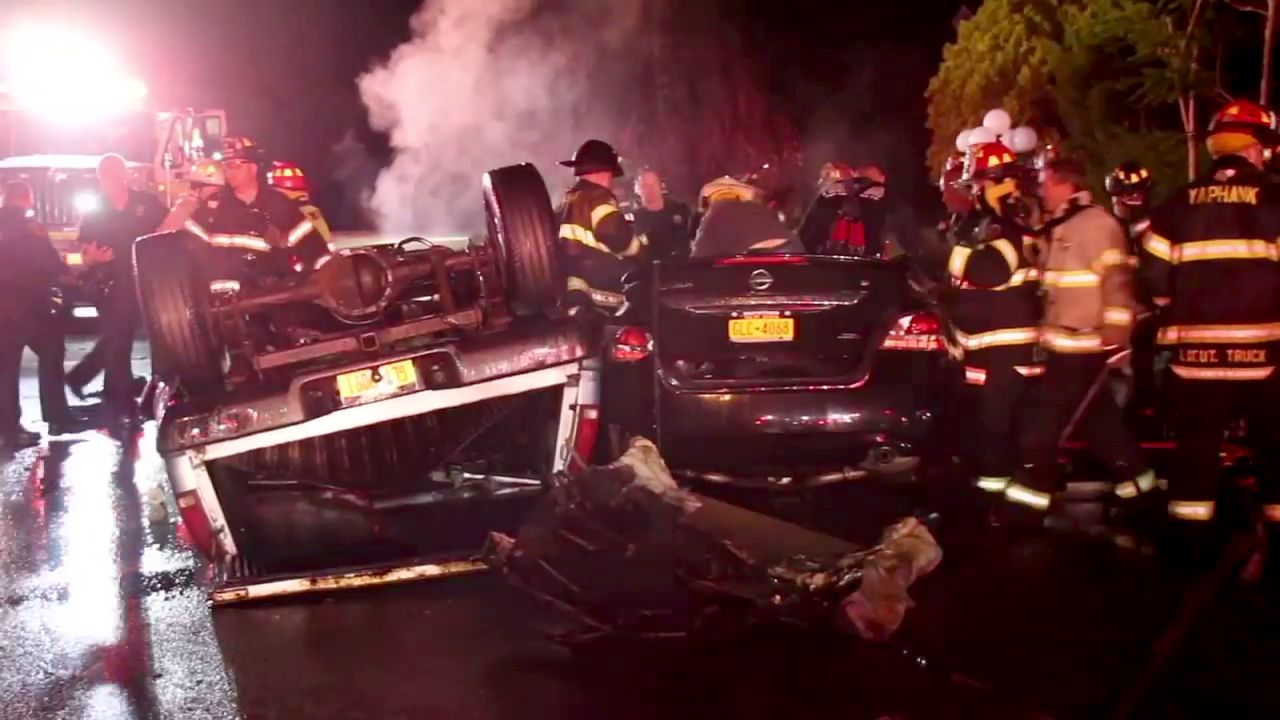 The names of the occupants of the Nissan are being withheld pending positive identification, however, detectives believe all five occupants are related.