Children accused of setting cars on fire in Yonkers 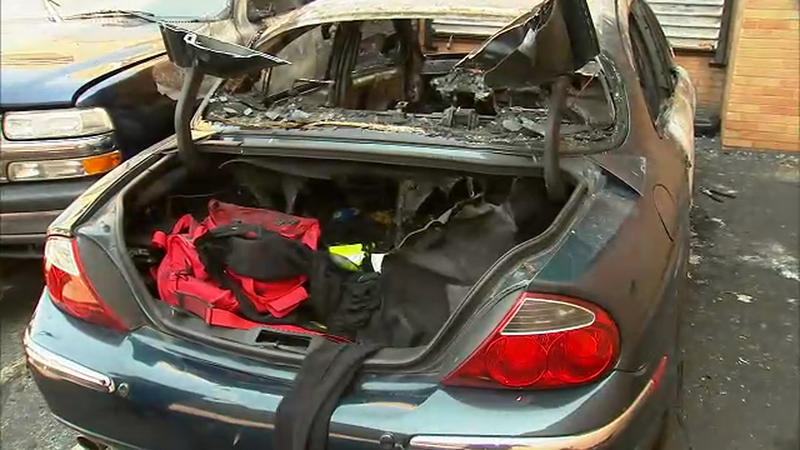 Children accused of setting cars on fire in Yonkers

The vandalism spree has been linked to two juveniles under the age of 11. So far, no charges have been filed.

Yonkers Police and Fire Departments responded to reports of a car fire Monday evening, finding a green Jaguar on fire in the parking lot shared between the Westchester School for Special Children and Castle Royale, a catering hall, on Waverly Street.

Dramatic video of cars on fire

Firefighters were able to extinguish the fire without incident, and no injuries were reported.

An SUV parked next to the Jaguar received damage from the flames, and further canvasing of the area found two additional vehicles with broken windows nearby. It is unclear who the vehicles belonged to, but it was not anyone associated with the restaurant.

Officers were able to locate the two young boys they believe are responsible for the fire, but because they are underage, they are not releasing further information about them.