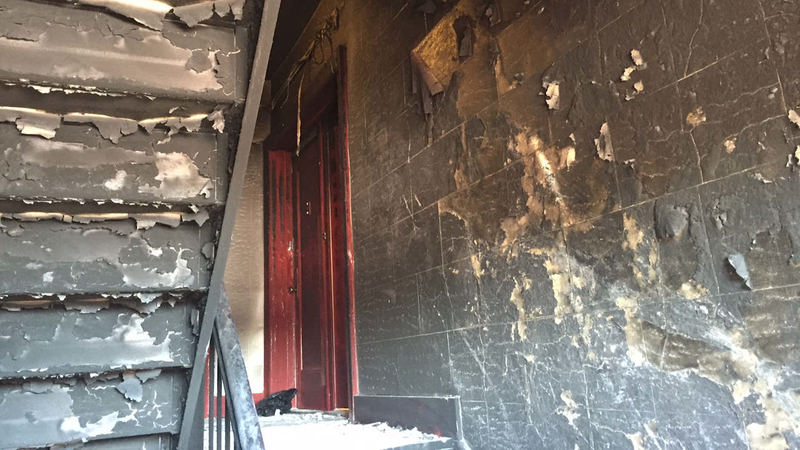 YONKERS, New York (WABC) -- Six people were rescued from a three-alarm fire in a Yonkers apartment building Wednesday morning, and one victim had to be resuscitated.

The flames broke out on the second floor of the McLean Avenue building just before 2 a.m., and arriving units found heavy smoke and fire extending from apartment 2D into the hallway and up the open staircase with multiple people trapped.

The fire also extended out a rear window, cutting off access to the back fire escape and forcing many residents to escape via one on the front of the building. Some residents suffered minor burns to their hands and feet.

Firefighters removed two unconscious victims, one of whom was cardiac arrest. CPR was immediately started once she was out of the building, which brought back a spontaneous cardiac rhythm. The victim, who was found locked in her bathroom trying to avoid the smoke and flames, was transported to Jacobi Hospital in the Bronx and remains in critical but stable condition.

The other victim had severe burns and was also transported to Jacobi.

The fire went to three alarms, which brought 77 firefighters to the scene. It was brought under control in roughly 90 minutes.