Marcus Solis has the latest on the massive fire in Yonkers.

YONKERS, Westchester County (WABC) -- Firefighters battled a massive fire that raged for several hours Tuesday night and into Wednesday morning at an apartment building in Yonkers.

The four-alarm fire broke out around 6:15 p.m. on the top floor of a six-story building on Parkview Avenue near Garrett Place. The building borders Bronxville.

More than 100 firefighters from several city agencies battled the blaze, which continued to burn out of control.

The top floor collapsed as the fire ravaged the building's roof.

"It's quite a shock to come home to it," resident Arthur Weisenseel said. "This is a dramatic scene, to say the least."

Rescuers pounded through apartment doors to search for residents before officials pulled firefighters from the structure, opting instead to fight it from outside.

"You look at a building like that, that building's got to be well over 75 years old," Yonkers Mayor Mike Spano said. "There are lots of places for fires to hide in buildings like that, and when they get started, they are very stubborn. They don't want to stop."

Two buildings had to be evacuated, displacing about 150 residents, according to the Red Cross, which was housing some of them at a nearby shelter.

"We are getting updates that it's going to be a long time," resident Kerry Jackson said. "Nobody is telling us we're going to be able to live there tonight, tomorrow, next week."

One elderly woman called her son to help her during the chaos.

"I just heard a lot of people shouting," the woman said.

"She called me and said that there was something going on and she didn't know what it was because she is almost blind," her son said. "So we came running over. We live nearby, came running over, came over, went upstairs and got her."

There were no reports of any injuries, but some firefighters were treated for heat exhaustion.

"The upper floors, especially the sixth floor, will be completely burnt out," Yonkers fire Chief Daniel Flynn said. "Heavy water damage throughout the building, because the entire building was basically doused with water."

The cause of the fire is not yet known, but investigators are looking into a report there had been plumbing or welding work using blowtorches in an upstairs apartment. 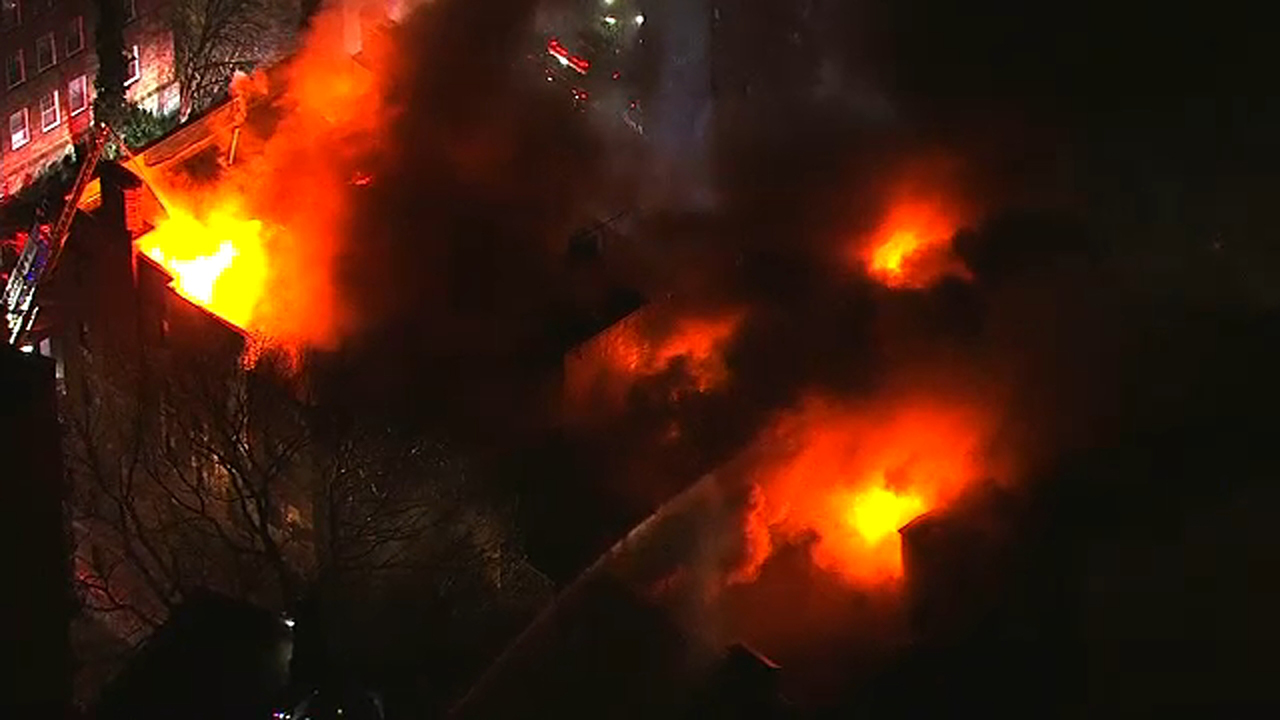