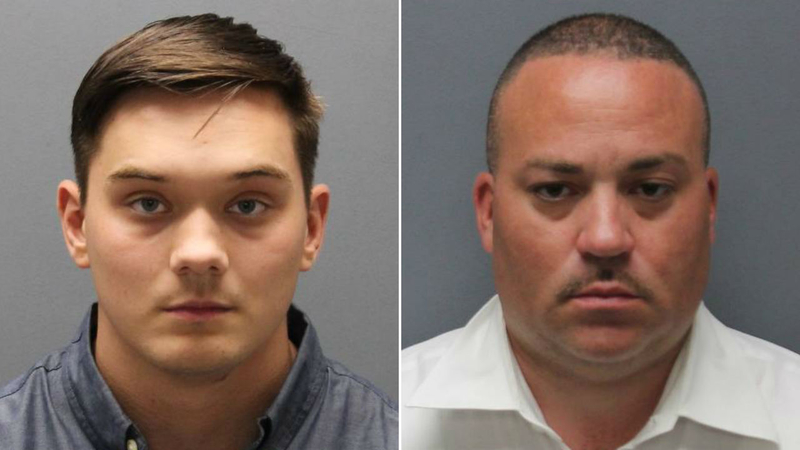 YONKERS, New York (WABC) -- Two firefighters in Yonkers are facing charges after being arrested in two separate bar brawls over the weekend.

The first incident happened June 11 at 2 a.m. at Rory Dolan's Bar and Restaurant on McLean Avenue.

Officers discovered a 45-year-old man bleeding from the head. He told police he got into a fight with the suspect over personal space at the bar. The victim was struck on the head with a bar stool, resulting in the loss of a tooth and 23 stitches.

Bogdan Kosilov, 25, a probationary firefighter with the Yonkers Fire Department, was arrested June 12 on a charge of assault.

He was arraigned and released on his own recognizance. His next court appearance is scheduled for June 18.

The second incident was reported later that same morning just after 4 a.m. at the City Lights Gentleman's Club on Yonkers Avenue.

Authorities say a fight broke out after several men were rejected from entering the club because it was after-hours and employees were closing for the night.

The men apparently got into a fight with a victim outside the club and that victim was punched in the face, causing him to fall backwards onto the sidewalk and strike his head on the pavement.

The men left the scene while employees called police. The victim was taken to the hospital with head and brain trauma.

Christopher Mitchel, 41, a lieutenant with the Yonkers Fire Department, was arrested June 13 on a charge of assault.

He was also released on his own recognizance after his arraignment and is scheduled to appear back in court on July 5.

"Nobody is questioning what's been alleged is very serious, but speaking to Lt. Mitchell's character as I've known him for 15 years, is that he has good character and he's been a model employee of the fire department," Mitchell's union president John Flynn said.

"They should be making good decisions as opposed to, what I would surmise if the facts are correct, very poor decisions," Commissioner Robert Sweeney said.