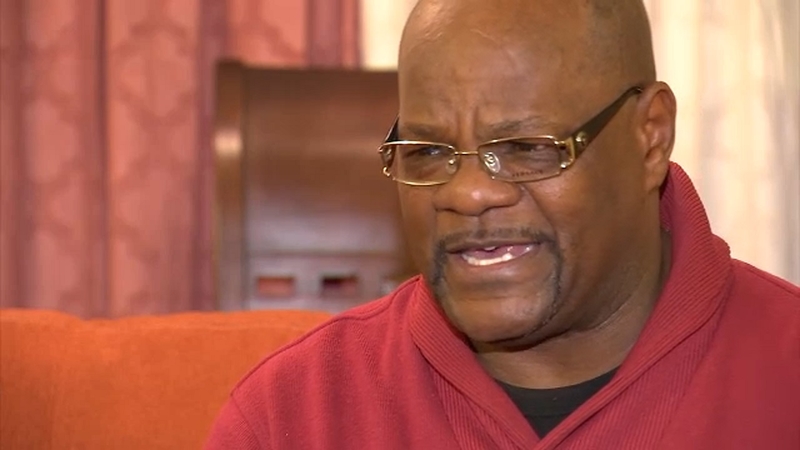 YONKERS, New York (WABC) -- Exhausted and frustrated, a Yonkers School public safety officer who had to walk when his car got stuck in Thursday's nightmare Nor'easter didn't let it get the best of him.

Traffic, like everywhere around the region was at a standstill. After so many hours, the kids needed a bathroom, and they got hungry. Then, along came a hero - Safety Officer Kenneth Whitney.

Whitney was walking home from work when he abandoned his own car.

So Whitney abandoned his car and walked home. Along the way, he saw not one, not two, but three buses from different Yonkers schools that were stuck.

All of the kids needed a bathroom - so Whitney walked into the Regency Nursing Home around the corner and made arrangements,

Crystal White is the bus matron from the William Boyce Thompson School, and she shot video:

Kids stranded 8 hours on icy traffic jammed Yonkers street during Thurs snow storm needed bathroom and were starving. Along came a hero; off-duty Public Safety Officer figured out way to get them all to a bathroom&fed then waited until last child was picked up. Story at 11:30pm pic.twitter.com/j4S2kUdnyX

"My kid is telling me, 'mommy, I'm hungry, so II'm thinking I know that I have a lot of allergies on the bus," says White.

Whitney brought all of the students sandwiches and juice.

Whitney did not leave until 11:30 that night - not until every last child was picked up by a parent.

"I saw my kids in need, and their need was greater than mine pertaining to wanting to get home," says Whitney.

For more than 20 years, Whitney has worked for the school district, and he says he has only missed work eight times.