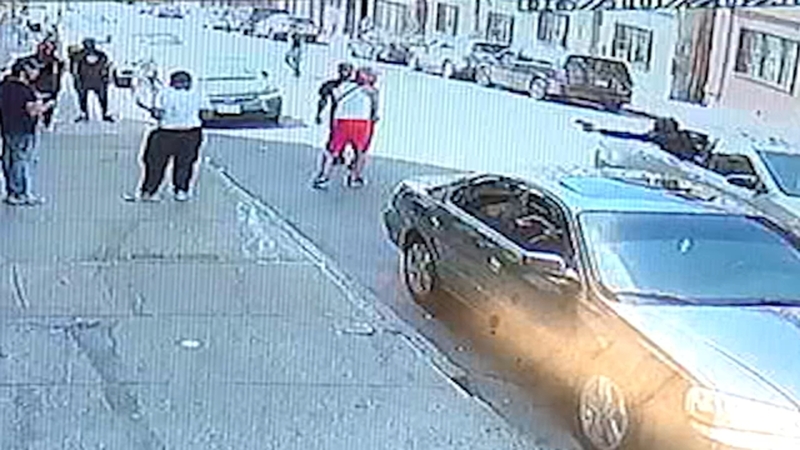 The incident was reported outside a deli Thursday afternoon near Elm and Oak streets around 4:15 p.m.

Detectives say the shooting was gang-related.

"The Yonkers Police Department is unmatched," Mayor Mike Spano said. "These individuals are now in custody and off our streets thanks to the relentless work of our tireless men and women in blue. Let this be a call to those persons who seek to inflict harm on others in our City. I am directing every resource available to aid us in combatting this war on our community, streets, and on the lives of the hard-working residents of this city. Violence will not prevail."

Police are still looking for one more suspect tied to the shooting.

One of the four victims was critically hurt, but they are all stable.

A lobster diver told WCVB about his near-death experience inside a humpback whale's mouth off Cape Cod.