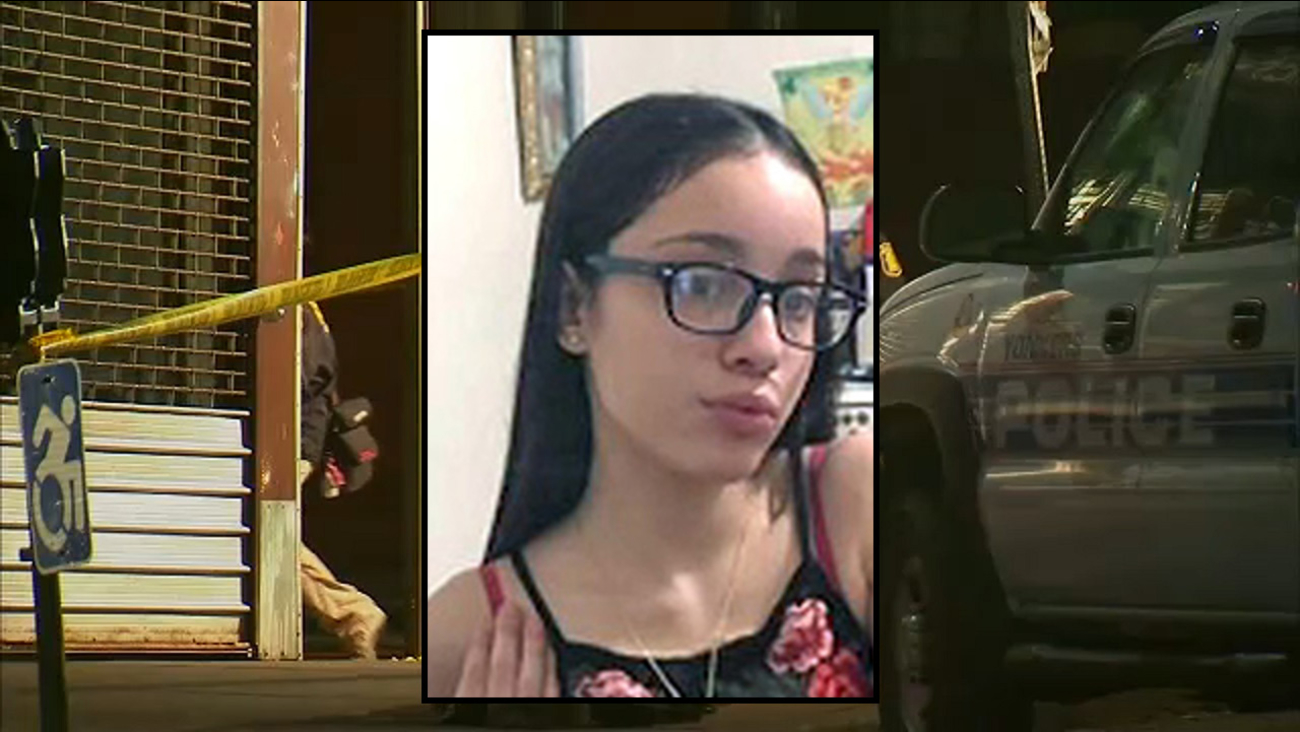 YONKERS, Westchester County (WABC) -- Family and friends gathered Thursday to bid a final farewell to an 18-year-old honor student who was gunned down by a stray bullet in Yonkers last week.

It was an emotional scene as the Community Home for Funerals, as services were held for Marilyn Cotto Montanez.

As they did at a wake Wednesday, a steady stream of mourners wore Montanez's favorite color, pink, and shirts that read "Marilyn's World," paying their respects after the senseless death.

"To get this much love, you couldn't have been a bad person," the victim's brother, Eugenio Cotto, said. "Nobody comes out and shows this much love for no reason. I'm hurting, but I'm glad that I have another angel to watch and protect over me. And all I can do is ask for strength."

Montanez was walking with her sister around 6:30 p.m. last Thursday when gunfire erupted on the corner of Lake Avenue and Morningside Place.

Police say she was not the intended target, and that the dispute was over a stolen gold chain.

"She was a high striving student, a good hearted person," friend Karmiah Martinez said. "I know people say that a lot when someone passes away, but this really was a child who strived high in life and worked hard to achieve her goals. And that was taken from her."

Montanez, who dreamed of becoming a doctor, was buried at Oakland Cemetery.

Meanwhile, the manhunt continues for the suspect, identified as a 15-year-old eighth grader. He will be charged with second-degree murder and is considered armed and dangerous, and a $10,000 reward is being offered for information leading to his arrest.

"We are out looking for you as we speak," Yonkers Police Commissioner Charles Gardner said. "And for the safety of everyone, I urge you to turn yourself in."

Police said anyone harboring him will also be arrested.

Anyone with information regarding this incident is encouraged to contact the Yonkers Police Detective Division at (914) 377-7724 - all calls will remain confidential.